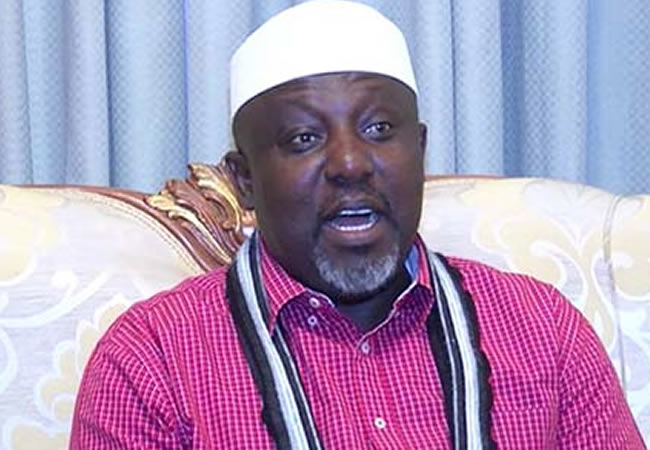 A former governor of Imo State, Rochas Okorocha, on Thursday said he had left the facility of the Economic and Financial Crimes Commission.

Okorocha’s Spokesperson, Sam Onwuemeodo, in a statement on Thursday evening disclosed that Okorocha, who now represents Imo West at the Senate, “is in his house now.”

The statement said that Rochas Okorocha’s two days stay in EFCC detention offered him the opportunity to respond to allegations of financial fraud levelled against him.

Onwuemeodo, who said the EFCC custody was not a “slaughterhouse”, enthused that the ex-governor would continue to cooperate with EFCC as long as the investigation lasted.

The statement read, “He left the Commission’s office on the afternoon of Thursday, April 15, 2021. Recall that we had promised that the former lmo State governor would fully cooperate with the agents of the Commission since it was operating within the ambit of the law establishing it.”

Meanwhile, the Senior Special Assistant to the Governor of Imo State on Print Media, Modestus Nwamkpa, said Okorocha was freed from the facility of the EFCC because of ill health.

Nwamkpa, in a statement alleged that Okorocha pleaded before he was allowed to go home after spending two nights in the EFCC facility.