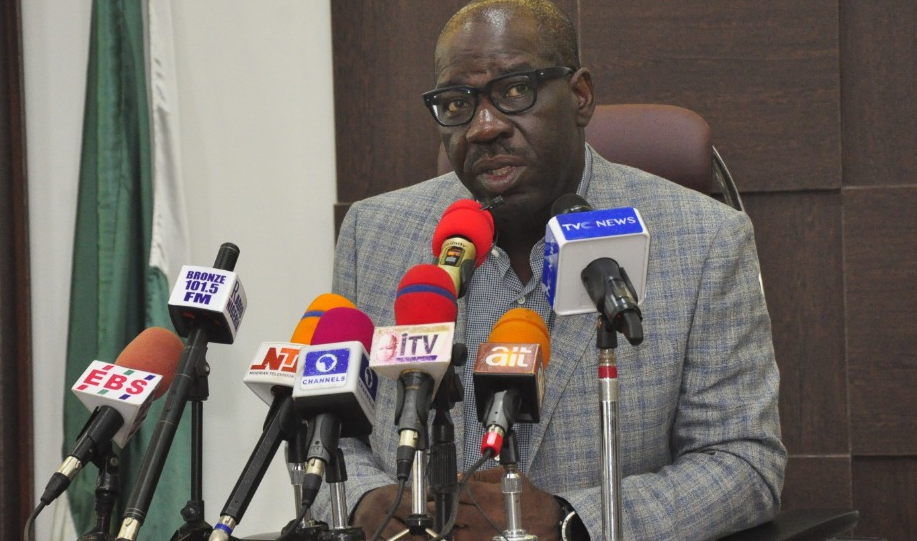 Godwin Obaseki, governor of Edo state, has asked the federal government to end the current monetary rascality and stop playing the ostrich.

The governor had said Nigeria is in huge financial trouble, alleging that the government printed about N60 billion to support the federal allocation for March.

But Zainab Ahmed, minister of finance, budget and national planning, dismissed the claim as false.

Ahmed said the distribution revenue is public information and that there was no way the government would have printed money without public knowledge.

Reacting in a statement on Thursday, Obaseki said he does not want to join issues with the finance ministry.

He advised the government to “end the current monetary rascality” so as to prevent the economy from further degenerating.

“While we do not want to join issues with the @FinMinNigeria, we believe it is our duty to offer useful advice for the benefit of our country,” Godwin Obaseki said.

“The Minister of Finance, Budget and National Planning, @ZShamsuna should rally Nigerians to stem the obvious fiscal slide facing our country.

“Rather than play the Ostrich, we urge the government to take urgent steps to end the current monetary rascality, so as to prevent the prevailing economic challenge from degenerating further.

“We believe it is imperative to approach the Nigerian project with all sense of responsibility and commitment and not play to the gallery because ultimately, time shall be the judge of us all.”