Home News We are planning to float ESN in North – Indigenous People of... 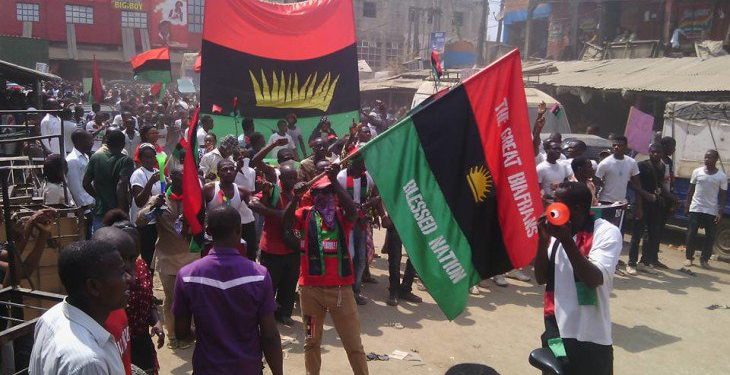 THE Indigenous People of Biafra says its security outfit, the Eastern Security Network, will be launched in the northern part of Nigeria soon.

This is as the secessionist group vowed that it would resist the planned deployment of 5,000 vigilantes to the South-East region by the Miyetti Allah Cattle Breeders Association of Nigeria.

The MACBAN on Saturday vowed to deploy 5,000 of its vigilante to the South-East region to protect herders and their cattle.

But IPOB, in a statement signed by its Director of Media and Publicity, Emma Powerful, a copy of which was made available to our correspondent on Sunday, said it was ready to resist the plan by Miyetti Allah, adding that such threat was an insult on Igbo land.

According the group, the security outfit for the South-East geopolitical zone floated two weeks ago by governors of the region, was dead on arrival.

The statement read, “The attention of the Indigenous Peoples of Biafra has been drawn to the threat by Miyetti Allah to deploy 5,000 jihadists to Biafra land to protect their cows and herders following the floating of Ebube Agu security outfit by South-East governors.

“We consider this utterance an insult to the entire Biafra and won’t tolerate it despite our grievances against the treacherous South-East governors and the political elite.

“The Miyetti Allah and their terrorists group should know that they shouldn’t play God forever. They are trying to provoke ESN and IPOB to take a drastic action.  Indigenous People of Biafra (IPOB) and ESN are running out of patience with their insults.”