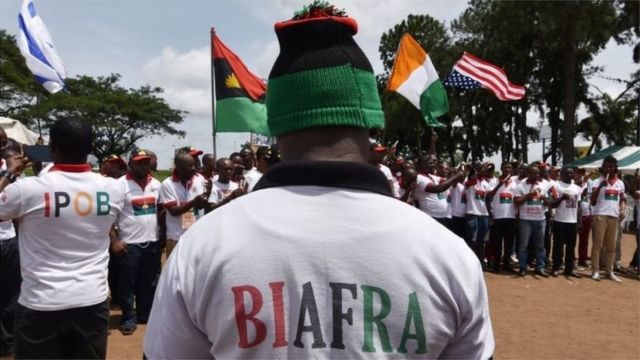 The British Government has pulled down a notice it published regarding its asylum policy in relation to separatist pro-Biafra groups including; Indigenous People of Biafra (IPOB), Movement for the Actualization of Biafra (MASSOB), and their splinter groups.

In an email sent to Radio Now and signed by Hannah Dawson, senior communications officer-Newsdesk at the Home office, the British government said the policy is being reviewed and will be uploaded once it is ready.

The email sent by Hannah Dawson is in response to our query, and request for an interview on the original policy which apparently, offered protection to members of groups some of which have not only been proscribed but also stand accused of being behind recent attacks against policemen and government infrastructure in the South-Eastern part of Nigeria. The UK government did not, however, give a  time frame as to when the updated policy will be uploaded to their website.

Source: This is Radio Now