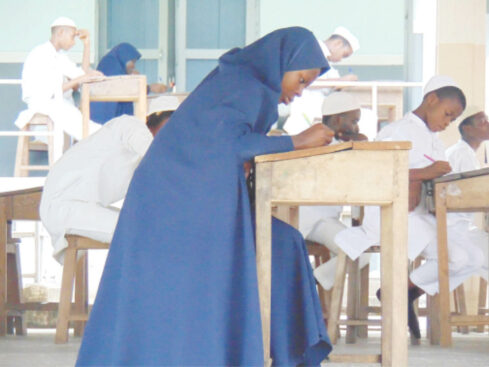 Many Igbo Muslims are leaving the South East and relocating to northern Nigeria in a major population shift in the post-war period, a Daily Trust investigation has shown.

[Editor’s note: A print version of this story is published on page 20 of Daily Trust Monday 17 May in full as The shocking story of Igbo Muslims and why they are going north.]

Also, recent happening including secession agitations and activities of members of the proscribed Indigenous People of Biafra (IPOB) have made life very tough for the minority Igbo M

Some of those who spoke to Daily Trust likened their travails to “apartheid” as they are being marginalised in the scheme of things. Sheikh Haroun Ajah, Vice President General, Nigeria Supreme Council for Islamic Affairs (NSCIA), interviewed in Abakaliki, Ebonyi State, provides a background:

Ajah, while stating that there are more Igbo Muslims in the north than in the entire South East, also sheds light on a growing Hausa phobia.

On account of years of marginalisation, profiling and exclusion, he thinks that the Federal Government should compensate Igbo Muslims but did not specify the form this may take.

Fear of lynching, expulsion and death have pushed some fresh converts to Islam to practice Islam in secret. Suleiman Njoku, Chief Imam of Imo state, argues: “There are some secret Muslims in Imo state. Because of persecution, some of them have been hiding their identity. I noticed this when I became the Imam…”

Muslim women interviewed in Afikpo, Ebonyi state, as well as Enugu, Abakaliki, Umuahia, Okigwe and Owerri, are called derogatory names such as ‘masquerade’, ‘traitor’ and ‘Hausa’, when they appear in public wearing their hijabs.

Halima Musa Ani in Enugu, recalls a public attack she suffered last year when she joined a queue, and an attempt was made to remove the hijab which she was wearing.

On many occasions Muslim women have been referred to as ‘Boko Haram’ and ‘slave’ when they make use of public transport, as revealed in Afikpo.

Halima recounted many personal experiences and those of others in which they were maltreated or given unfair treatment because of their religious identity.

“Igbo Muslims are facing many challenges in the south east, even in the streets, especially the women, because we cannot go out without our hijab. When you go out, you will be addressed as ‘Hausa.’ Even a small child will call you ‘Hausa, ’and begin to chant ‘Hausas are passing. Hausas are passing.’ It’s just like a song,” She said.

She said while she and others like her were categorized as Hausas and denied basic citizens’ rights, they are also not considered as the same by the Hausas. “Wen we go to the Hausas, they will describe us with an unfair word, and say ‘you are not part of us,” she said.

Last year, she joined a queue at the Enugu south local government secretariat to receive a palliative but when she was called to receive her ration there was protest.

“One woman asked ‘why did you bring this Hausa woman. What brought her here?’ They were saying that I am claiming to be Igbo to get a N20,000 palliative. That I am not Igbo, and that I should go back to my state. Somebody grabbed my hijab from the back, and another woman joined, holding onto the hijab as well. I held onto my hijab,” Halima recalled.

Umar Musa Ani told this reporter that a young Muslim woman in Enugu will change her name from Aisha to Asisko, or from Maryam to Mary Anne, because of pressures from society. In a new twist to Hausa phobia, Igbo Muslims are accused by Igbo Christians of becoming Muslims, because they wish to gain material wealth from Hausa Muslims.

Igbo Muslims lament their lack of visibility nationally. There are no members of the National Assembly who hail from the Igbo Muslim community. No minister or minister of state is an Igbo Muslim. The only commissioner in the region, who is Muslim, is Suleiman Ukandu, commissioner for lands, survey and urban planning in Abia State.

No governor is of Igbo Muslim extraction. Neither Arabic nor Islamic Knowledge is offered as a course in any of the tertiary institutions in the South East.

“The only post they give Muslims in all the South East states is the Muslim Pilgrims Welfare Board, which cannot take two or three people”, says Professor Ishaq Akintola, a human rights activist, and  Director of Muslim Rights Concern (MURIC).

For many years there has been a media blackout on Igbo Muslims, as evidenced during last year’s #ENDSARS protest when the focus of the media was on the events at Lekki, while killings and destruction were taking place in Igbo Muslim communities in the South East. Two mosques were destroyed in Nsukka, Enugu State.

Ummi Okoro (not real name), an Igbo Muslim who lives in Umuahia, Abia State capital, comments on the lack of unity among Igbo Muslims.

“Igbo Muslims are not together. They are pretending as if they are united. Theirs is like a kingdom divided into forty parts. Everybody is on his own and pursues his own interests. I am telling you about Abia, in particular.”

Bala Ardo, former special adviser to the Enugu State Governor on Intercommunity Affairs, comments “Igbo Muslims who happen to be indigenes of Enugu state are qualified to apply for any vacancy without any hindrance or discrimination. As far as Enugu State government is concerned, there are equal opportunities to all natives of the state, without discrimination.”

On the allegation of neglect and marginalisation, Reverend Emeka Ngwoke, of the Department of Religion and Cultural Studies, University of Nigeria, Nsukka, argues: “There is no attack, no denial of rights anywhere in Igbo land. There are a few towns in this diocese that have significant Muslim populations. They are able to practice their faith without let or hindrance.”

On the way forward, Mr Femi Falana (SAN) advises: “The way forward is for citizens to get organised and defend their own rights. …They should send petitions to the National Human Rights Commission, which is a body, set up by the Federal Government to protect the rights of Nigerians.”

Only Enugu and Imo state governments responded to requests for an interview. A former President-General of Ohanaeze Ndigbo declined, while the incumbent did not respond to a phone call made to his number.

By Tadaferua Ujorha, who was in South East, Niger, Nasarawa & Kaduna states