Home News CAN Slams Senate Over Proposed Law To Prohibit Payment Of Ransom To... 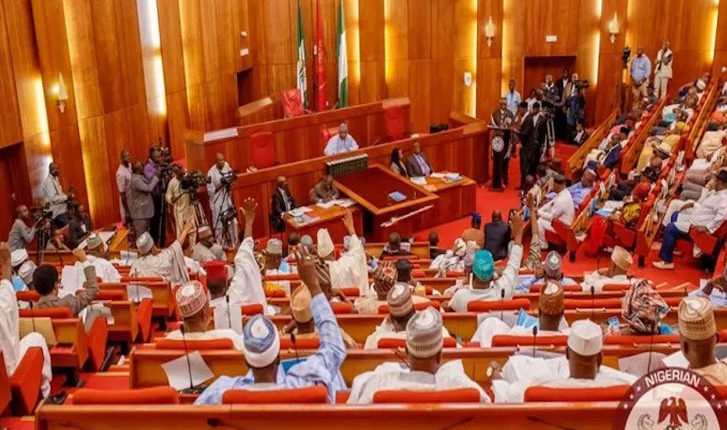 The Christian Association of Nigeria, CAN, has taken a swipe at the Senate over a proposed law to prohibit payment of ransom to kidnappers.

The Senate earlier on Wednesday also said the proposed legislation would also recommend a 15-year jail term for those who pay the ransom. Reacting, CAN said the Presidency was chasing shadows rather than looking for ways to tackle the myriad of problem of insecurity facing the country.

CAN Vice-Chairman (Northern Region), Rev. John Hayab, who stated this in a chat with Vanguard, said:

Quote
“Our Senators like chasing shadows. Do they think family members derived joy paying bandits? People are only given money to these criminals because the government has failed in the responsibility  of protecting them, and it is natural for everyone to show concern about a loved one that is in danger.

“Government should first enact laws that make it a serious offense for those in power to fail to protect citizens before making laws to punish people for paying ransom. The bill only further proves that we are in a  banana republic.

“The proposed law should instead be that if you are a president, governor or a representative of the people and bandits kidnap the people in your domain three times in a month, then you should resign with immediate effect and possibly be banned from holding any office for a period of time or for life depending on the situation.

“When such serious laws are made, those seeking for offices will know that great responsibility associated with holding public office.

“What the senators who co-sponsored this ‘funny’ bill are doing is using our pitiful situation to make mockery of us and take a whole country for a ride by turning the lawmaking process into tales by the moonlight.”