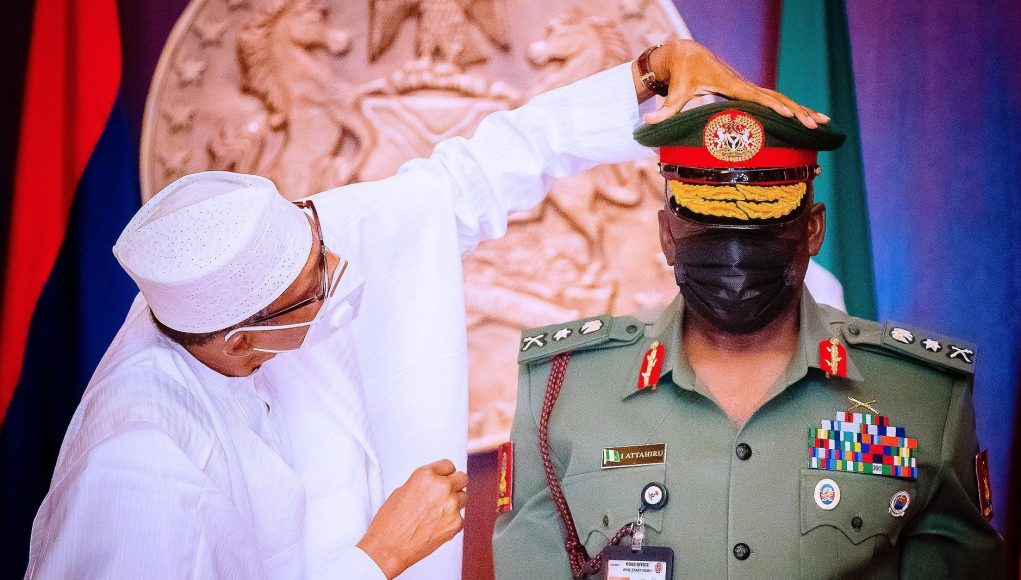 Vanguard reported that the youths said that appointing Ahanotu whom they described as the highest Igbo ranking officer in the Nigerian Army would help to unite the country.

The group said it has learnt that General Ahanotu, allegedly from Anambra state, is the second in command to the late Chief of Army Staff, Lt. Gen. Attahiru.

Legit.ng gathers that the group made this known in a statement released by its president-general, Mazi Okwu Nnabuike and the secretary-general, Comrade Obinna Achionye on Tuesday, May 25.

The statement claimed Ahanotu is currently the Chief of Policy and Plan of the Nigerian Army. It added that he is a member of regular course 35 and was the commander of the military operation that captured the founder of Boko Haram, Mohammed Yusuf, and his followers.

Meanwhile, a previous report claimed President Buhari has begun to weigh options for a new COAS.

Sources familiar with the ongoing consultations said a new COAS is expected to be named between Tuesday, May 25, and Wednesday, May 26.

According to the sources, about five senior military officers are being considered as the next head of the Nigerian Army.

Earlier, President Buhari lamented that the deaths of Attahiru and 10 other military officers in the plane crash have increased Nigeria’s security challenges.

He regretted that the bad incident happened at a time the country is battling security challenges.

The president made the statement on Monday, May 24 when he received a delegation from the Nigeria Governors Forum who visited the Presidential Villa, Abuja to condole with him on the ill-fated air crash that killed the officers on Friday, May 21.