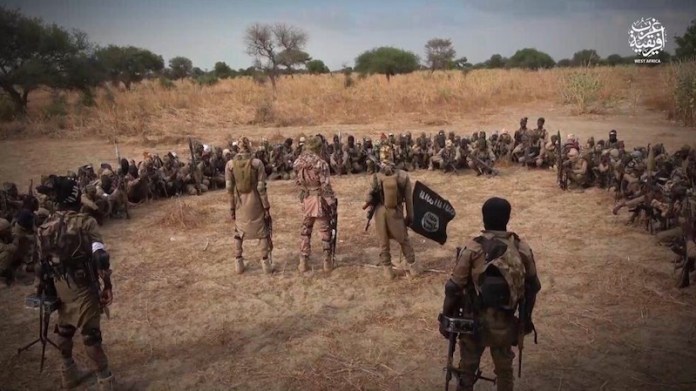 Tension has enveloped the five states in the South-east as secessionist agitators ramped up attacks on security facilities and Independent National Electoral Commission (INEC) assets, in a fashion reminiscent of the onset of the Boko Haram insurgency that has now crippled the North-east.

Boko Haram, founded in 2002 by Mohammed Yusuf, to campaign against Western education and to seek the imposition of Islamic rule on Nigeria, had transmuted into a terror group about a year after the police killed its leader in July 2009.

It started its terror campaign with attacks on soft targets and progressed to assaulting police formations, including the Force Headquarters, Abuja, and the United Nations building, in Abuja.
In adopting the Boko Haram strategy, the separatists in the South-east, besides attacking police facilities in the South-east, have widened their targets to include INEC offices and the correctional facilities in the zone.

Meanwhile, residents of the five states of Anambra, Enugu, Imo, Abia and Ebonyi, at the weekend stockpiled foods and other necessities ahead of today’s sit-at-home order issued by IPOB in honour of those who died during the Nigeria-Biafra Civil war.
THISDAY’s investigation revealed that residents of the five states have been involved in panic-buying for fear of the unknown.

IPOB had asked states in the South-east to observe a sit-at-home today in remembrance of gallant soldiers and others who lost their lives during the Biafran civil war.
In Enugu State, the police, however, have assured residents of the state that there is no cause for alarm as steps have been taken to ensure the protection of lives and property.

But the residents in the state over the weekend, trooped to the popular Ogbete market to shop for their various needs ahead of today’s sit-at-home order.
When THISDAY visited the market on Friday and Saturday, there was a surge in the number of people who went to shop for food items and other needs.
Those who spoke to THISDAY on condition of anonymity, said they were going to comply with the sit-at-home order.

However, the Enugu State Police Command has asked residents of the state to disregard the sit-at-home order and to go about their normal business.

In a statement given to journalists by the Police Public Relations Officer, Enugu State Command, Mr. Daniel Ndukwe, an Assistant Superintendent of Police, the Commissioner of Police in the state, Mr. Mohammed Ndatsu Aliyu, enjoined residents to disregard the order.

He warned any anybody or group harbouring any sinister intentions to disrupt the peace in the state, to desist forthwith, as such attempt will be resisted.

Aliyu assured the residents of the commitment of the police to collaborate with other security agencies to guarantee public security and safety.

He called on parents and guardians as well as religious, traditional, town union, market, youth and other leaders to caution their subjects against allowing themselves to be used to cause trouble.

He also urged residents to remain law-abiding, vigilant, as they go about their legitimate businesses, and promptly report criminal elements to the nearest police station.
Investigation revealed that there may be a compliance with the sit-at-home order in Ebonyi State, following the fear of possible attack on violators.

A businessman who spoke to THISDAY that no one would risk his life to go to shop.
Majority of residents who spoke on the directive said they would obey it.
The Ebonyi State Governor, Mr. David Umahi, has threatened to seize any shop not opened for business in compliance with the sit-at-home order.

The governor also directed security agencies to protect Ebonyi people against attacks from non-state actors seeking to enforce compliance with the sit-at-home order.

“What an Ebonyi man will never accept is to go into second slavery under any guise. We know the Biafra we need, it is to have money so that we can cleanse off the toga of slavery that our brothers and sisters subjected us into. If you love Ebonyi State, bring money, come and put up one construction.

“We want to see your investment in Ebonyi State. I want to say there will be free movement throughout today, throughout tomorrow and going forward and I challenge the youths, security agencies, local government chairmen to ensure that nobody is molested.”

Residents of Abia State were also in a panic mode yesterday following the weekend attacks on the State Crime Investigation Department(CID) in Umuahia and the sit-at-home order.
People barely managed to attend church services yesterday amidst the already tensed situation. They rushed home as soon as church services were over.

People were seen drifting to Isi Gate, the only area of the city where they could buy household needs as regular markets and most shops do not usually open on Sundays.

“We don’t know what tomorrow will bring,” said Nazi Uzoma Udoka, a resident of Umuahia as he waited with his family to board a tricycle home after the church service.

He told THISDAY that “every day comes with uncertainties” adding that “these days when people go out in the morning, they find it very difficult to return home at the end of the day as ugly incident would have happened and cause the police to block the roads.”

“It’s in everybody’s interest to comply with the stay-at-home order because if you venture out the outcome could be unpleasant,” he said.

Police spokesman, Geoffrey Ogbonna, a Superintendent of Police, did not pick calls when THISDAY telephoned him to find out preparations to protect the people.

There was also tension in Anambra State over today’s sit-at-home order.
When THISDAY visited Eke Awka market, a major market that serves the Anambra State capital and environs on Saturday, residents were seen making purchases of food items.

Many residents were also seen yesterday at the same market in last-minute purchases.
In most churches in the state, residents were advised to heed the order, if not for anything, for them to be safe.

But the state police command has called on the people to disregard the order, saying it is doing all it can to protect the people.

Spokesperson of the command, Toochukwu Ikenga, a Deputy Superintendent of Police, told THISDAY that, “We are not deterred with the speculations but the command is concentrating on our mandate in protecting lives and property. Just like any other day is, we shall continue to maintain law and order.

“We (are) also encouraged by the support we have from the Anambra State Government, the citizens and especially Ndi Anambra. We urge them to sustain it. Together we shall police our state effectively.”
In Owerri, the Imo State capital, the residents observed partial sit-at-home during the weekend due to the worsening insecurity in the state.

The state police command had earlier warned IPOB fighters against disturbing the peace of the state.

Asaba, the Delta State capital, which shares boundary with Onitsha, the commercial city of Anambra State, was calm and peaceful yesterday.
However, the Delta State Police Command has warned members of IPOB not to hoist the ‘Biafran Flag’ in any part of the state.

The command, while expressing its preparedness to maintain law and order, warned that its personnel would “deal ruthlessly” with any attempt by the IPOB or similar groups to cause trouble in any part of Delta State.

A statement by the Delta Police Command spokesman, Bright Edafe, a Deputy Superintendent of Police, said the state Commissioner of Police, Mr. Ari Muhammed Ali, had ordered police personnel to be “on red alert” because of the IPOB’s sit-at-home directive.

“The command is aware of the threat of the proscribed Indigenous people of Biafra (IPOB) and their intention of parading themselves in some parts of the state.

“The Commissioner of Police Delta State, who is determined to maintain peace in the state, has urged officers and men of the state command to be on red alert, watchful, and deal decisively with the trouble makers.

“The CP, therefore, warns that on no account should anybody be seen carrying or hoisting ‘Biafra flag’ in whatever guise in the state,” it stated.