Home Entertainment Kim kardashian Arrived At The #MetGala Wearing A Black Shroud Over Her... 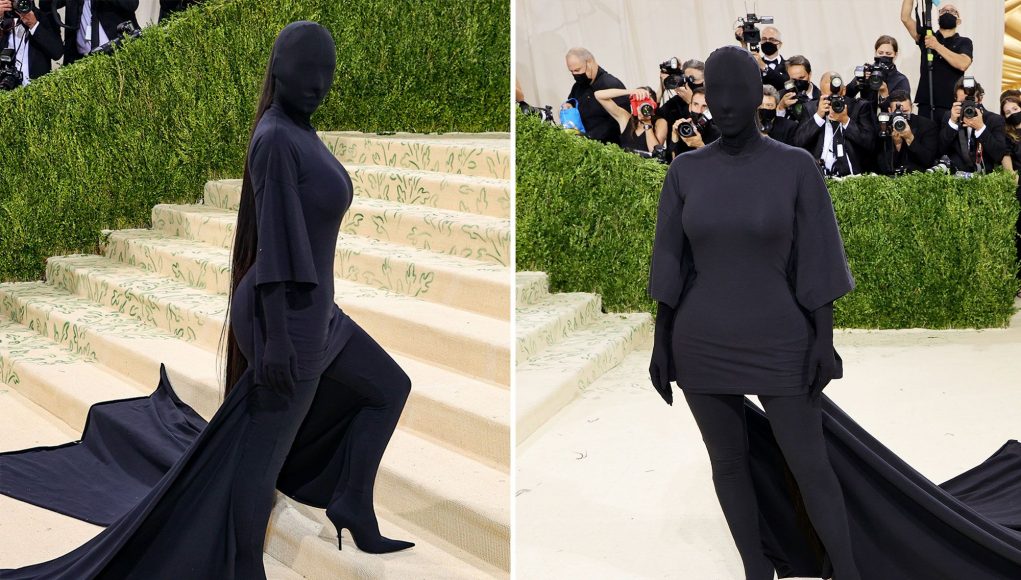 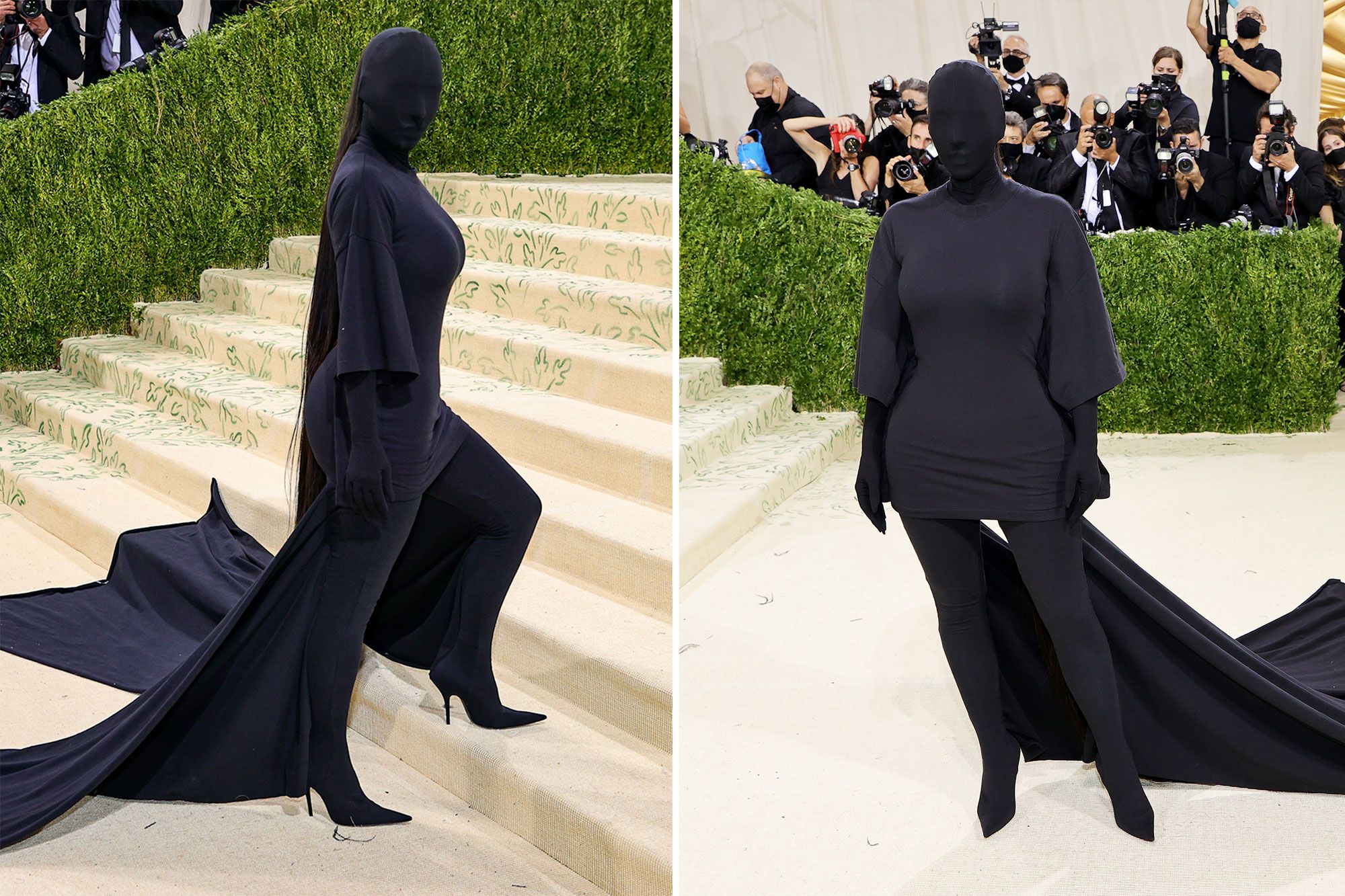 Kim Kardashian West made a grand entrance at the 2021 Met Gala — without even showing her face!
While Kardashian West, 41, is known for baring it all on the carpet, this year, she arrived at the star-studded event in a black Balenciaga look that covered up her entire body.

The Keeping Up with the Kardashians alum wore a custom ensemble, featuring a long-sleeve turtleneck bodysuit worn under an oversize T-shirt dress with long pleated train. The edgy outfit was complete with jersey boots, jersey gloves and a mask that covered her face and head.
While some fans thought she arrived to the carpet with her ex-husband Kanye West, she walked the grand staircase with Demna Gvasalia, creative director of Balenciaga, also covered from head to toe in a black hoodie and sweatpants. 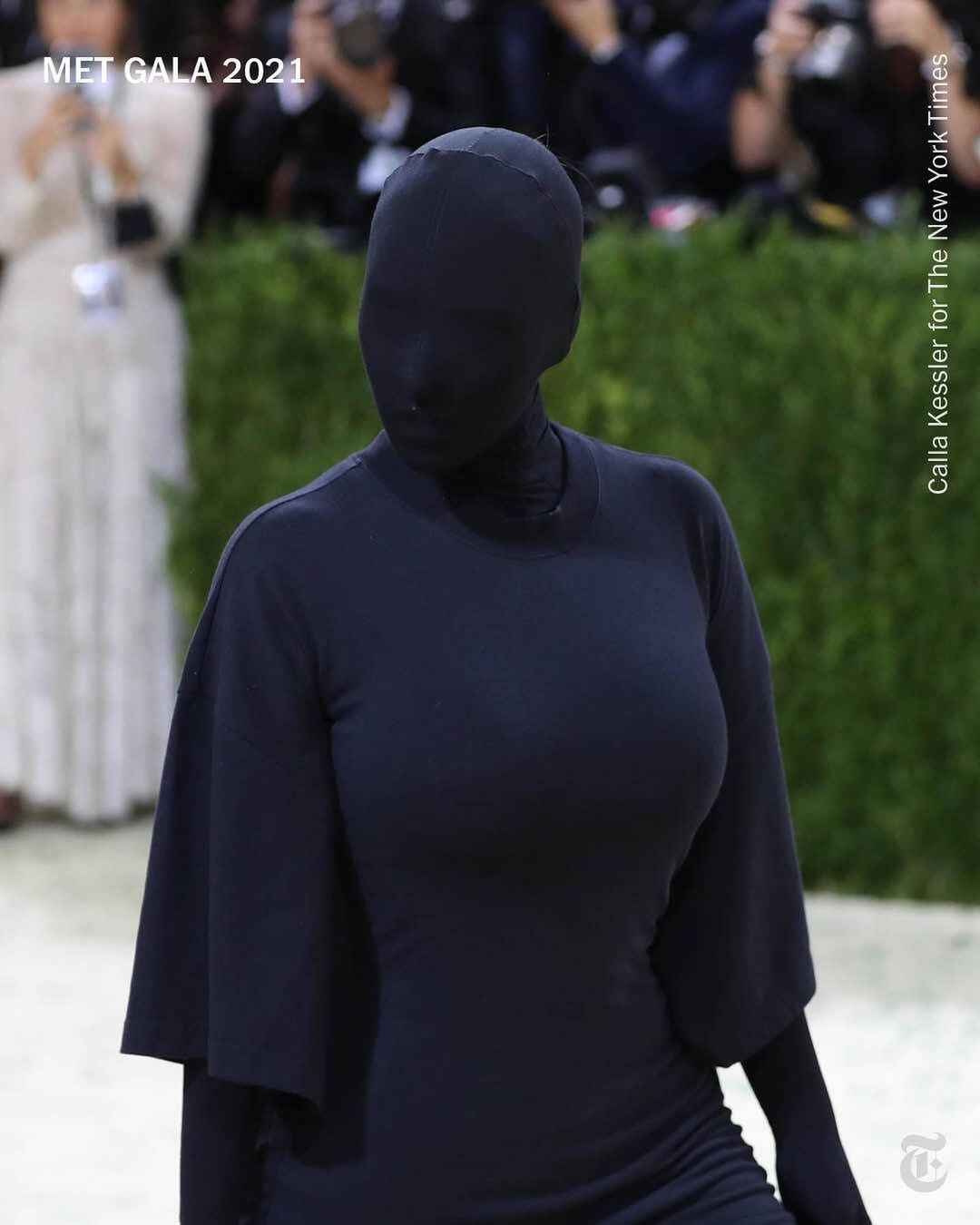 “Even though Kanye is not attending tonight, his presence will be felt on the carpet,” a source tells PEOPLE. “It was Kanye who introduced Kim to Demna and was instrumental in the newly formed relationship between her and Balenciaga.”

He also supported his ex-wife in embracing her new approach to dressing. “This look on Kim is like a new subculture and fashion statement,” the source adds. “No logo, no face, but everyone knows it’s her. Kanye gave her the courage to push creativity and people’s imagination through art. It’s the ultimate confidence.”

While Kardashian West didn’t show her face, her makeup artist Mario Dedivanovic was still on-hand for glam anyways. He showed off the products he used on the star on Instagram. Her go-to hairstylist Chris Appleton was also around and slicked back her hair into a sleek high ponytail, which extended out of her head covering. 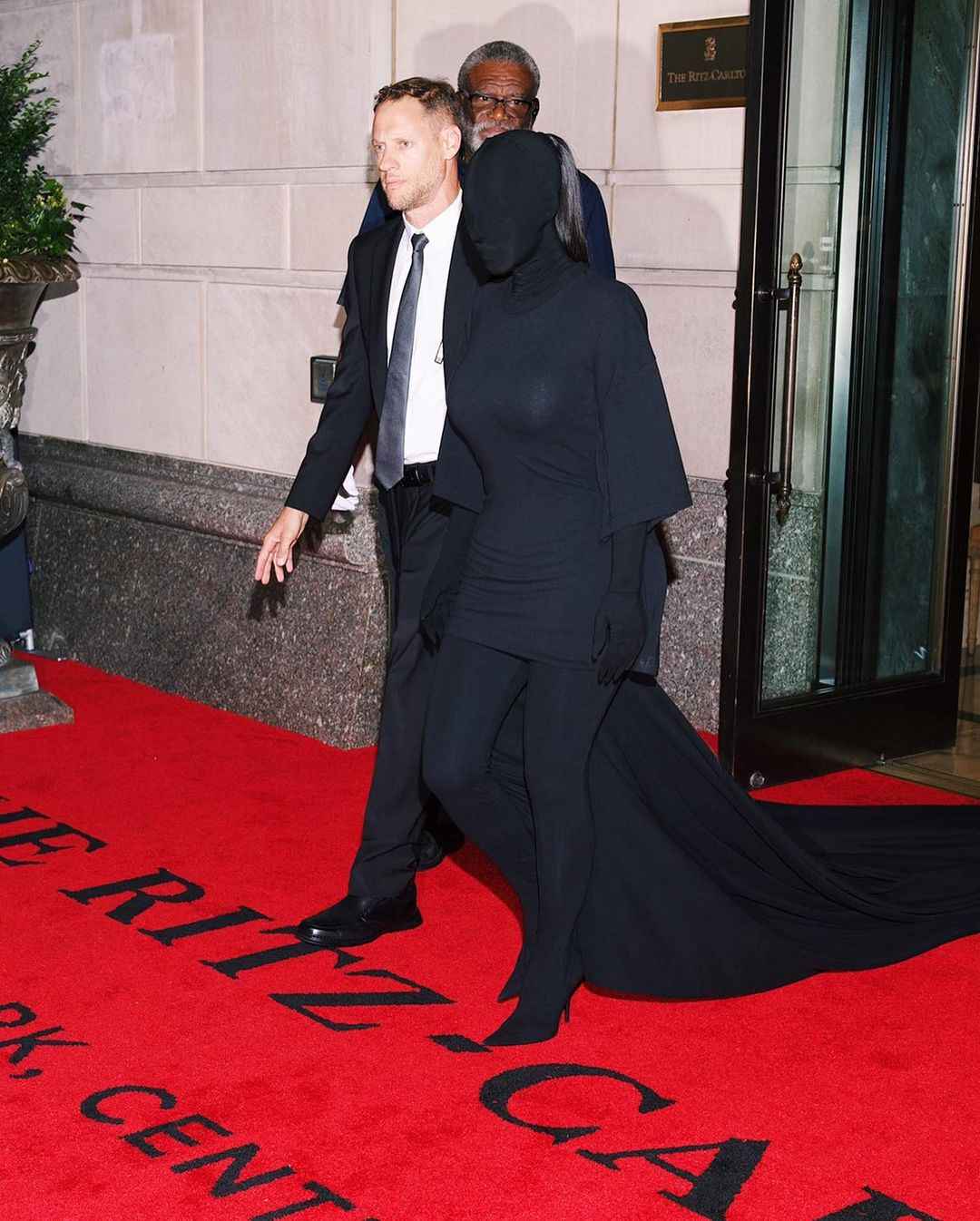 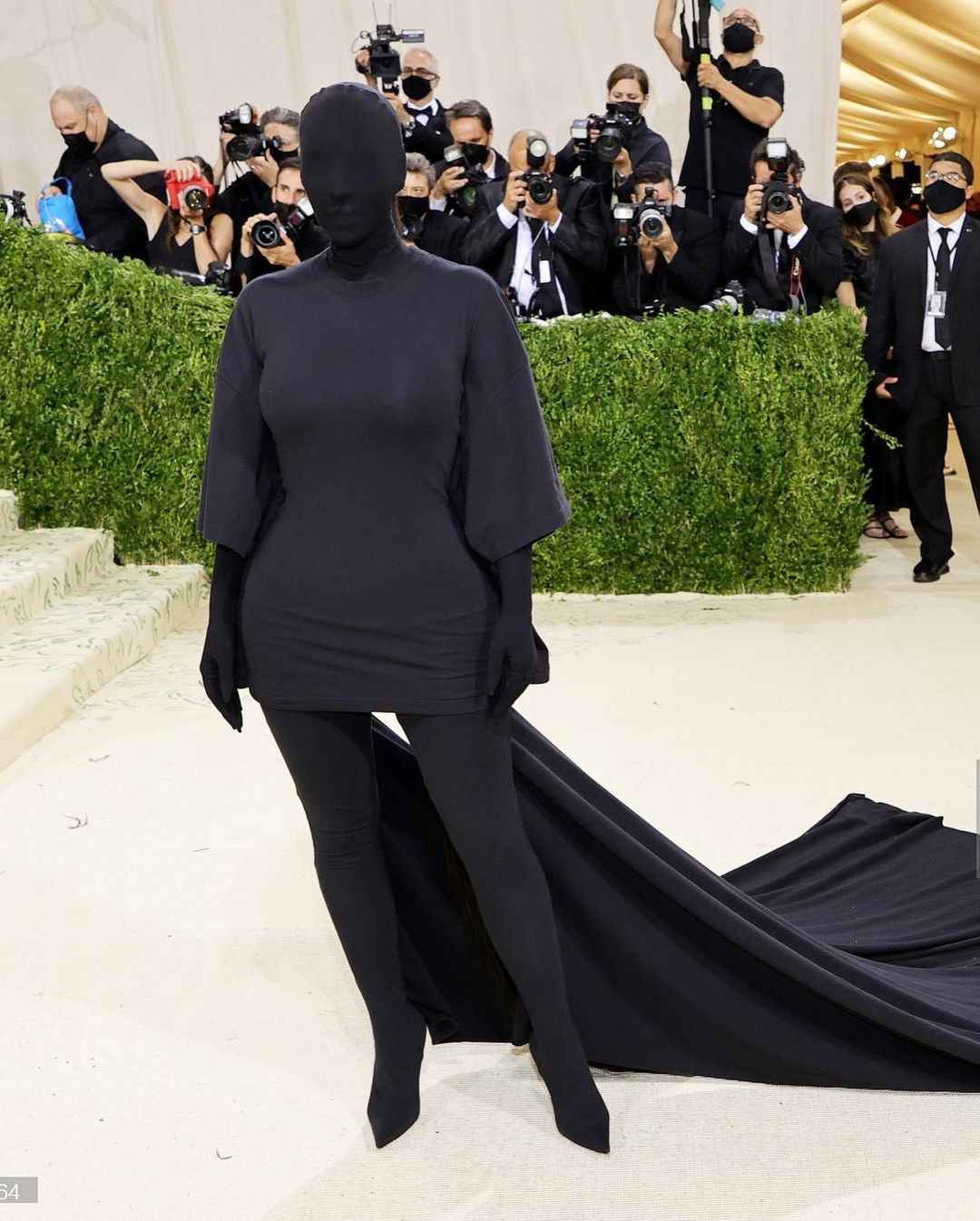 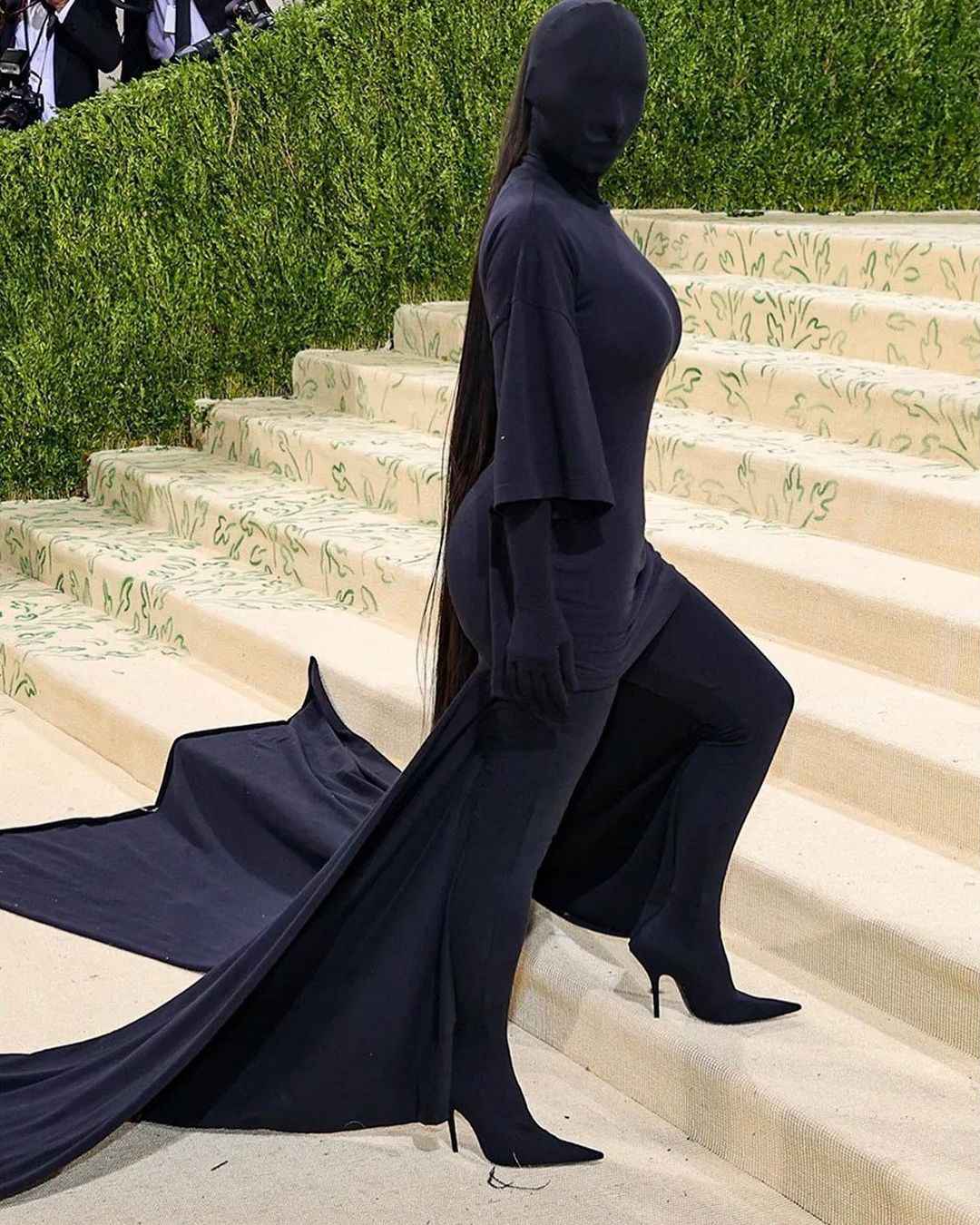