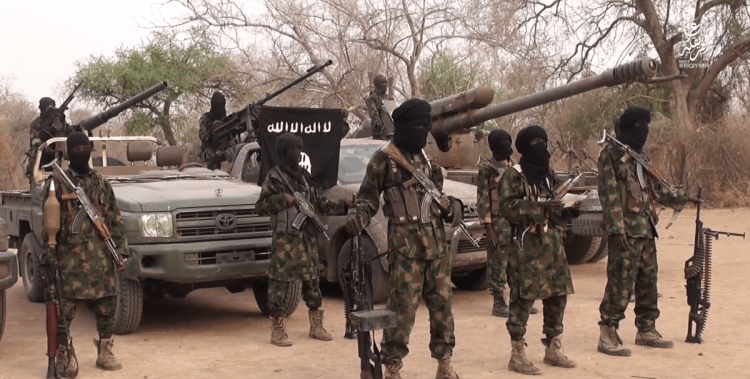 It was a bloody weekend in Nigeria as terrorists operating in both Nigeria’s North west and north east states staged multiple surprise attacks against military and civilian targets.

In Yobe, Babaginda town, headquarters of Tarmuwa LGA was sacked on Sunday by the ISWAP/Boko Haram terrorists, who came in large numbers.

On Friday, a military base in Sokoto was attacked on multiple fronts, with Nigeria’s military sustaining many casualties.

The Nigerian Defence Headquarters has not spoken on the attacks, but they came as the authorities claimed they were winning the war against banditry and terrorism.

About 8,000 terrorists were said to have surrendered in the Borno axis, the playfield of Boko Haram and ISWAP.

Arrests have also been made in the North west as telecommunication services were curbed.

The attack on the military base in Sabon Birni Local Government Area of Sokoto State, was the most devastating of the attacks, with many military personnel paying the ultimate price.

According to military sources and villagers, gunmen attacked the base, codenamed “Burkusuma Camp”, in the early hours of Friday, killing a yet to be ascertained number of military men.

The armed men came in their large numbers and started shooting at the camp from all angles, Channels TV news reported.

The Sokoto State Commissioner for Carriers and Security Matters, Colonel Garba Moyi (rtd) confirmed the attack but was not sure of the number of casualties.

However, a staff of the Nigeria Security and Civil Defence Corps (NSCDC), who sought anonymity, said that three persons from the agency were among the casualties.

He said the marauding bandits also burnt down two patrol vehicles and carted away another one which was used to convey food items stolen from the villagers.

Another resident of the area who craved anonymity, equally confirmed the development, explaining that some vehicles were sent to evacuate the corpses of the gallant soldiers.

He said over 10 trucks conveying armed military personnel are in the forest trailing the bandits.

After attacking the military base, the terrorists later went to another village, Katsira, and shot four persons.

Two of the victims died instantly while others were receiving treatment at an undisclosed hospital.

The bandits also abducted three persons from the village.

Spokesman of the 8 Division of the Nigerian Army, Major Yahaya Ngulde, said he was not aware of the incident.

In the Northwest state of Yobe, the terrorists invaded Babangida town on Sunday, the second time since 25 August. in Yobe State.

The surprise attack sent the people scampering into safety.

Some packed their things and headed to Damaturu, the capital, 50 Kilometres away.

The insurgents armed with Anti Aircraft trucks and grenades fired sporadically at security formations and communities, leading to pandemonium.

But the military came in time to battle the terrorists.

A resident of the community, Audu Ali, said there was a heavy gun battle between the military and the suspected Boko Haram members.

The military recovered a Toyota Hilux from the attackers after the assault.

Two days before the attack, the terrorists ambushed a Nigerian military convoy moving to Maiduguri.

The attack between Marte and Dikwa in Borno State led to the killing of 12 soldiers.