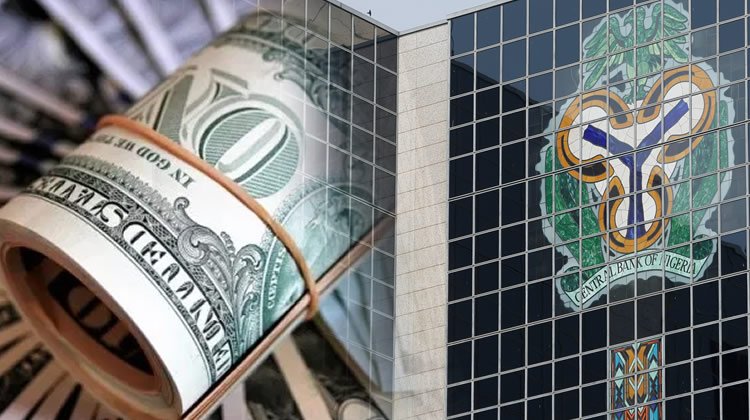 Stakeholders including the Manufacturers Association of Nigeria and the Association of Small Business Owners on Sunday lamented the worsening scarcity of forex in the country, saying they were already cutting costs as their profits were shrinking.

MAN, ASBON and the Lagos Chamber of Commerce and Industry and industrialists in separate interviews with The PUNCH said the free fall of naira and the attendant forex scarcity had worsened Nigeria’s harsh business environment in the past two months.

Some stakeholders, especially small business owners, told our correspondents that they were reducing their staff strength, warning that there would be massive job losses if forex scarcity continued.

The Central Bank of Nigeria had in July stopped selling forex to Bureau De Change operators on the grounds that they defeated their purpose of existence through illegally dealing in wholesale trading of forex beyond the statutory benchmark allowed by the law.

The CBN directed businessmen and others to source forex from commercial banks.

Since the apex bank gave the directive, naira has been on a free fall and accessing forex has been difficult for firms.

As of Sunday the dollar exchanged for N580 while pounds sold for N780.

The President of the ASBON, Dr Femi Egbesola, in an interview with one of our correspondents lamented that small businesses were the worst hit by the forex scarcity.

He said some medium and larger businesses still had the opportunity of getting certain amount of forex from the commercial banks.

Egbesola stated, “For small businesses, bureaucratic bottlenecks hamper their access in commercial banks, pushing us to the parallel market.

“In the past few months, the naira has been on a free fall, and many of our members can no longer produce because the raw materials cannot be imported.

“You need to get payment overseas before you can get your shipment and if you cannot get your raw materials, you are going to close shop.

“Some of our members that have been able to get some forex in trickles have been under-producing. They have had to cut cost and downsise their staff. That is inflicting unemployment again. Even their products are now more expensive for consumers.

“The government needs to intervene at this moment to save the economy.”

The Director-General of MAN, Mr Segun Ajayi-Kadir, told one of our correspondents that the general concern among manufacturers was the difficulty and ‘most often inability, to access the forex they need to purchase machines, spares and critical raw materials that are not locally available’.

He noted that manufacturers’ funds in Nigeria would be tied down at the point of making requests and if commercial banks finally released the regularly meagre forex, it would be inadequate to procure the inputs which distorts the production process and rocks their bottom line.

He said, “This abysmal allocation to the manufacturers is quite disappointing and unhelpful. It threatens the relapse of the recent gains in terms of the growth numbers in the economy.

“While appreciating the current situation of government in terms of paucity of forex, the strategic allocation of the limited forex stock is key, whilst we also pursue domestic activities that will generate forex in a sustainable manner.

“It is important for the CBN to go beyond the recent zero allocation of forex to BDCs and intentionally prioritize allocation to the productive sector, in particular, the manufacturing sector.

“This is because of the multiplier effect it induces on the other sectors of the economy, the value addition, job creation, tax income for government and quite importantly, increased local production and positive effect it has on the disposable income of the average citizen.”

In a written response to The PUNCH, the Director-General of the Lagos Chamber of Commerce and Industry, Dr Chinyere Almona, stated that the CBN had made some provisions and special intervention for the importation of agriculture machinery and equipment to boost agricultural production in the country, which the chamber was aware of.

She said the commercial banks should be able to fulfil that for the companies that had the access.

She said, “For the other importers in the agricultural and manufacturing sectors, the failure of the banks to extend forex to them will lead to many equipment importers defaulting in payments to their foreign technical partners. “Demands for forex by manufacturers have not been completely met by the banks leading to them source dollars from the parallel market.

“However, since the CBN’s decision to not extend forex to the BDC’s directly, the rates have been increasing, affecting the bottom line of manufacturers.

“We advise that critical raw materials that cannot be sourced locally should be supported by special forex intervention till when the country can build enough capacity to produce them locally.”

A businessman, Mr Collins Uzoigwo, who imports perishable agriculture products from Republic of Benin, stated, “Forex problem is really giving us serious challenge because of the exchange rate because the value to dollar is making the commodity very high. It is threatening the existence of our business.

“I have always based my supply on the black market as getting forex from the bank is a challenge because after going to the bank, after all said and done, it is effort wasted.

He added, “Before, the transportation, duty, assessment, paying all bills to the Federal Government was okay, but now the price is not.

“We that are importing, it is not a good challenge for us because the dollar controls the rate.”

According to him, the currency in Benin has remained constant while Nigerian naira has continued to experience fluctuations.

Another businessman, Ade Abdusalam of Abdusalam Ayinla Nigeria Limited, an exporter of finished goods, also narrated his own experience.

He said, “The environment is not conducive for export as of now. When you cannot export to get the dollars, where will the dollars come from?

“We export finished Nigerian goods; we have manufacturing firms who produce and ours is to export finished goods such as toiletries, cloths, provisions, rugs, home items.”

He added, “If you want to get dollars in the bank, it is the banks that will introduce one aboki (parallel market operator) to you and tell you go and meet the aboki and they will facilitate how you are going to meet the aboki. Yet CBN will just sit down and be barking like a toothless bull dog.

However, amid the scarcity, an industry expert and economist, Dr Muda Yusuf, projected that the $4bn Eurobond sale by the Federal Government might improve liquidity in the short term.

He said in a text message, “It may bring a momentary reprieve. But it cannot be sustainable if the desired policy reforms are not put in place, especially in the forex market.

“For sanity and stability to return to the forex market, the huge parallel market premium must be removed through a market-based framework for the management of the foreign exchange market.”

Continuous Naira depreciation can drive Nigeria back into recession – Experts

A Senior Lecturer of Economics at the Pan Atlantic University, Olalekan Aworinde, said continuous deprecation of the naira was an indicator forex scarcity.

He said if the trend persisted, Nigerians would continue to suffer as the standard of living in the country would steadily decline and unemployment rates skyrocket.

He said, “The continuous deprecation of the naira tells us that the demand for the dollar is greater than the supply.

“If you look at the foreign exchange market, it affects the balance of payment equilibrium in Nigeria, the depreciation is good, if we are looking at exports, but we see that Nigeria has a huge trade deficit; we import more than we export.

“Because we import more than we export, the demand for our naira is low, which causes the value to continue to fall.

“The implication of all these is that we will have import inflation which causes the price of goods and services to spike and the impact of this will be on the society, on Nigerians.

“Furthermore, for businesses, producers, increased prices of goods and services will mean that there will be a fall in aggregate demand and once there is a fall in this aspect, it will affect the level of output and this will lead to increased unemployment rate.”

According to him, high inflation, steady rise in unemployment and continuous depreciation of the value of the naira, might drive the country back into a recession.

He therefore advised the CBN to adopt a flexible exchange rate plan to allow the forces of demand and supply to determine the value of the naira against foreign currencies.

“The CBN is distracted; they are not focusing on the real problems in the forex market. They keep chasing after shadows like AbokiFX.

“So I advise them to refocus on the real problems, for instance, the naira is overvalued. The value of the naira against foreign currencies is determined by the managed floating policies.

“Let us move from this to a flexible exchange rate where the forces of demand and supply determine the value of the naira.”

Aworinde also emphasised the need for the fiscal authorities to boost local production by establishing infrastructures which will drive increased exports.

This, according to him, will increase the demand for the naira, thereby shoring up its value.

Another expert and a professor of economics at the Olabisi Onabanjo University, Ogun State, Sheriffdeen Tella, stated that the depreciating value of the naira would have adverse effects on business operations in the country and further increase unemployment rate.

He said, “The operating costs of business continue to increase due to the fall in naira. This is because Nigeria is an import-dependent economy. We import almost everything we use to produce commodities and imports are facilitated in foreign currencies, not naira. Thus, the cost of production has continued to increase.

“With a depreciating naira value, inflation will continue to rise which will also lead to increased cost of goods and services.

“In the long run, this can also affect unemployment rate, because when prices steadily rise but people’s income is not rising, they will start demanding less of such goods; when demand is low, businesses may be forced to cut down staff thereby pushing higher unemployment rates.”

He advised the government to stop importing commodities that could be produced locally to cushion the depreciation of the naira and its effects on the economy.