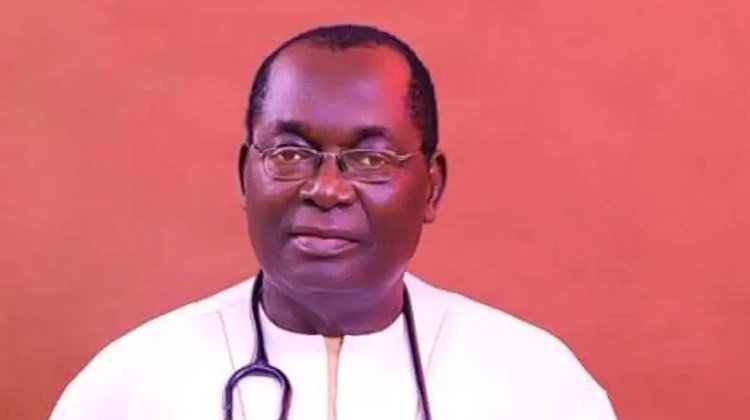 THERE was anger in Anambra State and the entire country on Wednesday over the gruesome murder by suspected hoodlums of Dr Chike Akunyili, the widower of the late former minister of Information and director general of the National Agency for Food and Drug Administration and Control, Prof. Dora Akunyili.

Dr Akunyili was reportedly shot dead on Tuesday evening alongside seven others at Nkpor in the Idemili North Local Government Area of Anambra State.

A bystander close to where the incident happened, said, “The killers attacked him (Akunyili) when they spotted a policeman in his car. Maybe they felt threatened when they sighted his police orderly. So, they killed him, the orderly and his driver. They took him to be a politician.

The witness said as they were shooting Akunyili and others, they were shouting, “No “election” in Anambra in November.

The police statement read in part, “The Commissioner of Police, Anambra State Command, Tony Olofu, has observed with grave concern the series of security breaches that have taken place within the state, and has therefore ordered tactical commanders of the Command to immediately put an end to the madness.

“He gave this order when he led senior police officers from the command on an on-the-spot assessment of the crime scenes.”

Some of those killed were headless, says ex-gov

Meanwhile, a former governor of Anambra State, Peter Obi, expressed shock at the death of Akunyili.

Obi, who spoke to journalists at Akunyili’s Agulu home town in a joint press conference with the monarch of the town, Igwe Innocent Obodoakor, said, “I was lucky to get the first flight, and I landed in Owerri and moved straight to Iyienu Hospital in Onitsha, where his (Akunyili’s) son and I identified him in the mortuary.

“He was not the only victim; there was his driver and police security aide. About nine people in all were involved in the shooting on Tuesday, and some of them were headless, and it is now a problem identifying them.”

Obi said the killing of Akunyili was rude shock to him and members of Agulu community.

It asked security agencies to fish out the murderers of Akunyili and others who have been gruesomely murdered in the South-East in recently.

Ohanaeze spokesman, Alex Ogbonnia, told one of our correspondents in telephone interview that it was sacrilegious to shed blood in Igboland, especially one who had committed no offence.

Reacting to the death of the widower to former NAFDAC DG, the President, Major General Muhammadu Buhari (retd.), expressed “deep sadness” over his (Akunyili) murder.

This was contained in a statement by the Special Adviser to the President on Media and Publicity, Femi Adesina, titled ‘President Buhari mourns Dr Chike Akunyili’.

The statement read in part, “The President shares the pain of the offspring of Prof. and Dr Akunyili, their families and friends, whose lives will never remain the same after the inhuman and reprehensible act that happened in Anambra State.”

He enjoined security agencies and leaders of thought to “work harder” to bring an end to the violence being unleashed on innocent Nigerians; assuring the grieving families, who lost their loved ones in the incident, that the perpetrators of the heinous act will face both the judgment of man, and that of God.

Speaking on the tragedy, the governorship candidate of the All Progressives Congress in the November poll in the state, Dr Andy Uba, asked the state Governor, Willy Obiano, to “shake off his lethargy and frontally confront the worsening insecurity in the state.

A statement by his director of Media and Publicity, Afam Uba, read, “Obiano is not only fiddling, while Anambra is burning, but is clearly absent from duty.

“Only two days ago, we had cause to cry out over the spate of violence unleashed on our dear state, but little did we know that the situation would degenerate into the current state of anomie that we live in.”

Count us out of Akunyili’s death, says IPOB

Meanwhile, the Indigenous People of Biafra has denied any involvement in the killing.

The Media and Publicity Secretary of the secessionist group, Emma Powerful, said in a statement, “We wish to dissociate ourselves from the senseless killing of innocent citizens in Anambra State.

“We have no hands in the political killings going on in Biafra land. We have several times raised the alarm that some cruel politicians are hiding under the cloak of the situation in Biafra land to eliminate their political enemies and blame it on IPOB.

“This is pure political assassination going on in Anambra State now and it has been perfected by Nigeria DSS. Security agents are doing this to paint IPOB black in the face of support and encouragement we are getting from our people.”

The secret police in a statement by its Public Relations Officer, Dr. Peter Afunanya, on Wednesday said there was no basis for the service to have killed the Chike.

Afunanya, however, said the service would collaborate with other security agencies to bring to book perpetrators of the crime.

It read, “The attention of the Department of State Services has been drawn to an allegation that its operatives killed Dr. Chike Akunyili.

“Also, the Service was alerted to a social media video claiming that the “Nigerian DSS” murdered security escorts at Nkpor, Anambra State on 28th September, 2021.

“The Service hereby denies these allegations and wishes to clearly state that they are spurious and illogical. There was no basis for the DSS to kill the medical doctor and/or fellow law enforcement agents. The Service cherishes life and believes in the rule of law.”

In another development, Governor Willie Obiano has placed N20m bounty on the killers of Dr Akunyili and others.

Obiano announced this in a state-wide broadcast to the people of the state.

He said the bounty was part of the state government’s seriousness on the matter.

He said, “To reinforce our commitment and seriousness on this issue, I, on behalf of the state government, wish to announce a N20m reward for any useful information leading to the arrest of the perpetrators of these heinous attacks on our state. The people behind this must be unmasked and brought to book.”

Meanwhile, the Agulu community in the Anaocha Local Government Area of Anambra State has declared three-day mourning in the area over the killing of their son (Akunyili) by gunmen.

The caretaker President General of the community, Onyebuchi Okpala, disclosed this to our correspondent

He said, “Two days ago, one  Azubuike Anikwata from ifiteani village, Agulu, who returned from Turkey and was building an industry in the community, was killed by gunmen. Another attack at Nkpor junction claimed the life of our son, Dr Chike Akunyili.

“On this note, we, the people of Agulu in general, have commenced three days mourning from 29th of September. All political activities in the community are hereby suspended during the mourning period.”

Speaking on the development, the representative of the late Dr Akunyili in the Senate, Uche Ekwunife, (Anambra Central), has asked the Inspector General of Police, Usman Alkali-Baba, to uncover the killers of the lecturer and bring them to justice.

“The Inspector-General of Police and other heads of security agencies should investigate what is happening in the South-East because lives are being lost daily due to gunmen attacks,” she said.

Also, the lawmaker representing Nnewi North-South/Ekwusigo Federal Constituency in Anambra State in the House of Representatives, Chris Azubogu, said the murder of Dr. Akunyili, called for urgent action by all stakeholders.

Speaking to The PUNCH on Wednesday, Azubogu said the security crisis especially in the South-East now calls for collective response by all leaders across party lines.