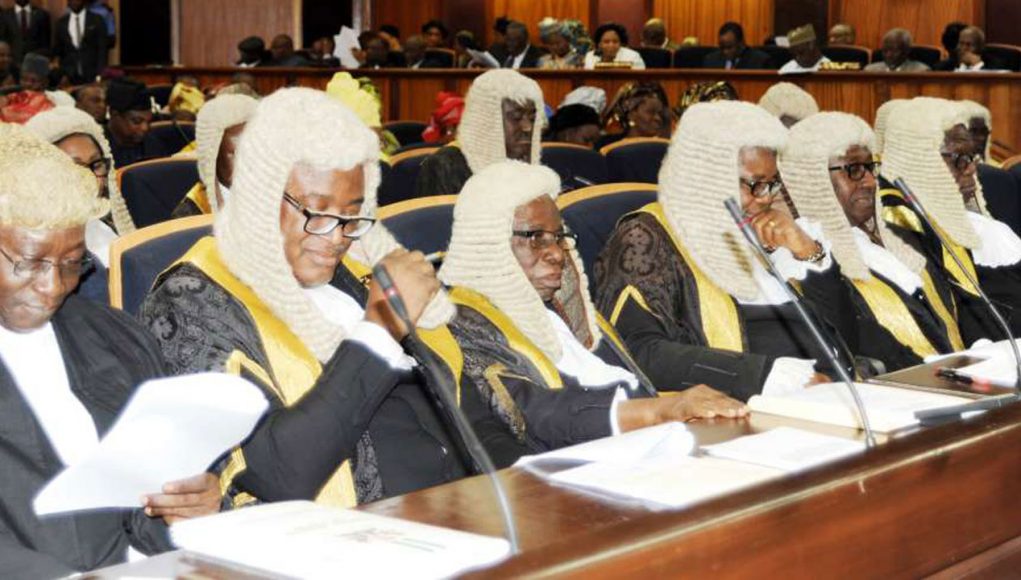 Lack of adequate funding, poor working environment and low take home pay have been described as responsible for poor performance of the judiciary in Nigeria.

The Guardian gathered that a judge at a South Africa’s labour or high court earns about three times higher than what the Federal Government pays a justice of the Supreme Court. This was contained in a data sourced from relevant authorities of the two regional leaders.

According to South Africa’s new payment schedule for constitutional court judges, which took effect on April 1, 2020, the total emolument of labour and high court judges who are placed on level 5, is R1, 882,486 or $128,060. The amount also triples the total yearly package of a justice at Nigeria’s Supreme Court.

According to the remuneration package for political, public and judicial office holders, which was last reviewed in 2007, a Supreme Court justice in Nigeria is entitled to a yearly package of N17, 959,047. The amount, which includes yearly leave allowance, furniture allowance payable once in four years and accommodation, translates to $43,589.

A justice in Nigeria is also entitled to a N7,431,330 gratuity payable on successful completion of his tenure. The gratuity is not included in the emolument for this comparison.

The President of the Court of Appeal is on the same salary scale as a justice. Hence, s/he also earns about one-third of what a judge at a labour court in the former apartheid nation is entitled to.

An occupant of a position similar to Nigeria’s Court of Appeal President, which is President of the Supreme Court of Appeal goes home with R2, 606,428 or $177,308. S/he is in the same salary bracket as the Deputy Chief Justice with their salary scale slightly lower than the Chief Justice’s R2.9 million ($197,014).

There are several exclusions in the section that details the earnings of the Chief Justice of Nigeria (CJN), hence The Guardian could not estimate the emoluments attached to the office. However, the estimate will be dwarfed by the near $200,000 received by an occupant of a similar office in South Africa.

However, benchmarking the top salary of a justice shows a variation of 37 per cent, suggesting that the pay gap on Nigeria’s bench is narrower than that of South Africa.

Top judiciary officials have recently expressed concern about the poor state of welfare among officials, warning that the salaries would need to be reviewed to tackle corrupt practices in the bench.

Another document received from the office of the African Bar Association (AfBA) said Nigeria’s legal professionals are among the least paid globally.

While the local professionals do not come close to their counterparts in developed countries in terms of job compensation, they are also distantly behind other African countries, including Ghana and South Africa, the document revealed.

For instance, AfBA document estimates the entry salary of Nigeria at €12,860, which is over 100 per cent less than South Africa’s €127,000. The €38,763 average entry compensation package in Ghana also triples that of Nigeria.

A similar trend applies to intermediate and senior-level salary scales. A Ghanaian senior judge earns €81,300 on average, which is over four times higher than what obtains in Nigeria, where the senior level salary is €20,742. This is also far below the going average of €56,915 in South Africa.

Reacting to this development, a Senior Research Fellow/Ag. Head of Bills and Legislative Drafting at the National Institute for Legislative and Democratic Studies (NILDS), Abuja, Dr. Tonye Clinton Jaja, said there is a need to increase the remuneration of judges.

“I completely agree with the President of the Court of Appeal on this issue. Going by what she alleged that her monthly salary is in the region of N200,000, not up to N300,000, this is the rough equivalent of the salary of an ordinary Research Fellow at our Institute.

“Also, when considered in terms of the high cost of living within the Federal Capital Territory (FCT), the salary is very poor,” he lamented.

According to Jaja, considering that judicial officers unlike other categories of legal practitioners are not permitted to engage in private practice, they need to earn adequate remuneration to minimise any likelihood to accept bribe or inducement to pervert the course of justice.

In other jurisdictions such as the United Kingdom, Jaja, who did his doctorate in Legislative Drafting in London, stated that salaries are graduated to reflect the living costs of the geographical location. “For example, those workers that are resident in London receive additional and higher salaries than those residing in suburbs,” he said.

He said: “Recently, I appeared before a judge in the Epe Division of Lagos High Court and I was shocked to see the condition in which judges are forced to conduct proceedings in a non-ventilated room due to inadequacy and non-functionality of stand-by generating sets to power the courts.

“This is why there is an avalanche of backlog of pending cases due to a relatively few number of judges carrying out their adjudicatory duties (without state-of-the-art technological instrument) and under the most strenuous and uncomfortable environment in modern society.

“Conversely, the health and well-being of the judge is grossly affected by the state and welfare of the judiciary to which some judges have been known to develop underlining illnesses and forced into early retirement.”

He advised that the disparity between salaries of judges and those of senators, who are in the legislative arm of government, or ministers and director generals in the executive branch must be addressed.

“One will be aghast by the huge disparity in terms of the volume of work these officials do, allowances, perequisites and general facility accorded to them. It is a little wonder why passionate and qualified legal practitioners no longer find the bench attractive enough to give up their successful private practice in service of the nation,” he said.

He, therefore, called on the Nigerian Bar Association (NBA) to champion the campaign for true financial autonomy of the judiciary.

“We must get the executive to treat the judiciary as it does to the legislature. The implementation of judicial autonomy by some state governors is a welcome development but it must not stop there. The respective state judiciary, like other arms of government, must exercise the full autonomy of preparing its budget and presenting same before the state Houses of Assembly for approval.

“In the United States, once the Congress appropriates the funding for the American judiciary, the money goes directly to it after being signed off by the president. The practice there is to present the budget proposals a year ahead, just like the rest of the American budget, which gives the stakeholders the time to work on the process. We should also take a cue from England’s judicial system to which our judicial system was fashioned after.

“There, the salaries and funds of judicial officers are further secured via investment in stock market. Further, the respective Chief Judge of the states must be made more accountable for the funds allocated and disbursed to the judiciary,” he added.

Managing Partner, AELEX, Mr. Adedapo Tunde-Olowu (SAN), said it is rudimentary that the judiciary must be independent and judges must be in a position to uphold the rule of law without fear or favour. One of the ways of guaranteeing this independence, he said, is by ensuring that judges are adequately remunerated.

According to him, the revelation of the President of the Court of Appeal at the opening of the 21/22 legal year, shows how abysmally low these salaries are.

“My take is that the government must stop paying lip service to the independence of the judiciary and should take immediate steps to improve the welfare and working conditions of our judicial officers,” he said.

President of the African Bar Association (AfBA), Bar Hannibal Uwaifo, lamented that Nigerian judges, even at the highest courts, are receiving peanuts compared to their African counterparts.

According to him, the salaries of judges in South Africa are much better. The economic indexes there, he pointed out, are also much better.

He explained that while the judges will not come out and make a hue and cry of their salaries, it is the duty of the NBA to speak out for them.

“The amount of money spent on recurrent expenditure by the legislature and executive is too high. They don’t remember that the judiciary is the backbone of the society, the dispute settlers. All the conflicts in society end up in the judiciary. Therefore, it is important that the salaries of the judges should be reviewed because the exchange rate is so bad and inflation so high.

“They need to be paid living wages that can allow them to meet the demands of their families. If that is not made, then we will continue to have more problems in the judiciary. When we talk about corruption in the judiciary, most judges are not corrupt. They live on their salaries, but for how long are they going to continue to do that? If the issue of their emolument is not attended to, we will not get quality judges and judgments,” he said.

Uwaifo, therefore, appealed to the National Assembly and the Revenue Mobilisation Allocation and Fiscal Commission (RMAFC) to review judges’ salaries.

However, the former chairman of the NBA, Ikorodu branch, Mr. Bayo Akinlade, dismissed the call for salary review, arguing that judges who are not comfortable with their emoluments should resign. According to him, while their salaries are poor, they make it up through allowances and other benefits.

His words: “The salary may be poor but the allowances and other advantages they get adequately make up for it. I don’t think that’s an excuse for anything. They are free to resign if they are not satisfied.”