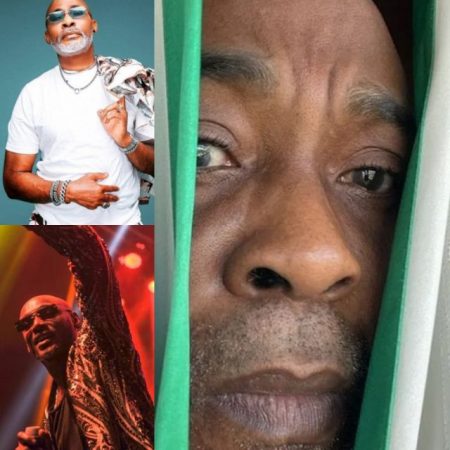 It is no doubt that Nigerians have been through many difficult situations, notwithstanding many people, including celebrities, took to their social media page to share photos of themselves rocking the country’s colour and message of hope for the nation.

However, veteran actor RMD seemed different about his moody photo as it pointed to the exact situation and what the country is currently going through.

RMD did not caption the photo but asked his fans and followers to share the thought about the image.

Reacting to this, 2face said the picture is touching as it depicts the gloomy situation of Nigeria, adding the citizens will surely overcome.

2face captioned the post: This is so touching. Gloomy situation ina we nation. Naija my country!!! We shall overcome. Thank u @mofedamijo for this brilliant picture Reposted from @mofedamijo Caption this…

Reportedly Senator Florenece Ita Giwa affirmed that there is no more war in the home of 2face and Annie Idibia after she hosted them to a reconciliatory dinner.