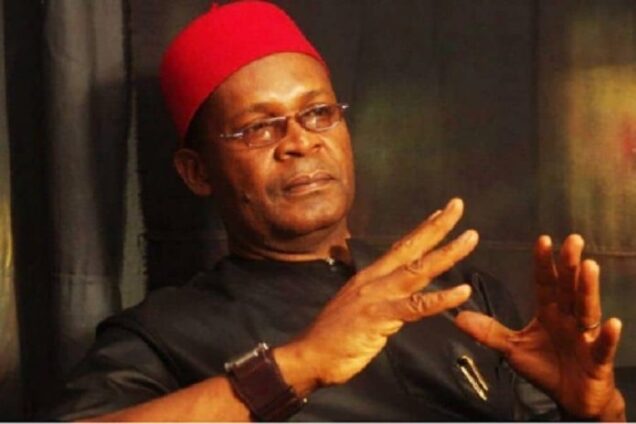 Joe Igbokwe, a chieftain of the All Progressives Congress (APC) has said that an Igbo candidate cannot be trusted in the coming presidential election.

The APC chieftain who is also a special adviser to the Lagos State government said nobody would vote for somebody who would use the position to divide Nigeria. He said these during an interview on Thursday.

However, he noted that the South East region of the country has suffered injustice, noting that they get the least from resources shared in the country.

He also said killings and violent agitations were not ways to press for justice, equity and fairness.

He urged the President, Major General Muhammadu Buhari (retd.) to facilitate the creation of one more state to make states in the South-East six like other geopolitical zones in Nigeria.

While speaking, the special adviser who touched several topic noted that Igbo people must drop agitation for secession to be considered for serious national offices.

“If you want other Nigerians to vote for you, then you have to count how many bridges that you have built; bridges of understanding, bridges of communication, bridges of friendship.

“I want to see your bridges and you want them to vote for you? Nobody is going to vote for somebody who will use that position to divide Nigeria.

“You cannot be talking about secession and talking about producing the President of Nigeria. We need to settle the issue first; we need to say, ‘Look, we have given up this demand for Biafra, grant us justice,” he said.