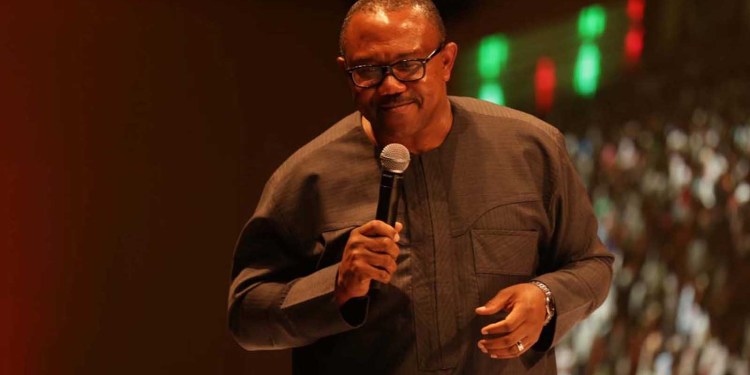 Former Anambra State governor and Peoples Democratic Party (PDP) vice presidential candidate in 2019 election, Mr Peter Obi, has reacted to a media report that he breached Nigerian laws by engaging in secret businesses set up in tax havens, declaring that he broke no law.

An online publication, quoting Pandora Papers, had listed Mr Obi as one of those personalities who clandestinely set up and operated businesses overseas, including in notorious tax and secrecy havens in ways that breached Nigerian laws.

The Pandora Papers is a leak of about 12 million documents that revealed hidden wealth and tax avoidance by some of the world’s rich and powerful.

But Obi said it was exhilarating that nowhere in the article was he accused of any form of corruption, whether in the form of diversion of public funds or in any other manner during and after his stewardship as the Governor of Anambra State.

He added that the publication did not also allege that he had been engaged in unlawful business ventures at any time whatsoever.

Obi said his understanding was that the allegation bordered more on tax avoidance and non-declaration of some jointly owned assets.

He then wondered if a thorough scrutiny and appreciation of all the facts and circumstances surrounding the alleged transactions were made by the writers.

“On the allegation that I violated the Nigerian Code of Conduct Bureau and Tribunal Act, as well as sections of the 5th Schedule to the Constitution of the Federal Republic of Nigeria 1999 (as amended), by not declaring any alleged assets in Companies registered outside the Nigerian Federation, I think that the authors displayed ignorance on matters of Trust and International Investment Practices,” he said.

The former governor said he did not in any respect whatsoever violate any law before, during and after his stewardship as the Governor of Anambra.

He said in all matters relating to his investments and declaration of his personal assets, wherever they might be found, he proceeded, pursuant to professional opinions.