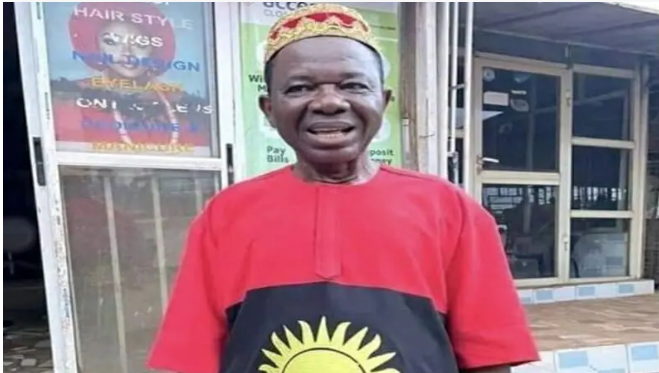 Veteran actor, Chinwetalu Agu has been captured on camera being brutalized by soldiers for wearing a Biafran flag outfit.

In the viral video, the actor was spotted out of his car which had the inscription “Chinwetalu Films”.

The car was then searched by the security operatives before he was manhandled by the soldiers who fired some shots to scare off the crowd which gathered.

Recall that the Nigerian Government has banned the display of the Biafran Flag in any part of the country.

Last Month, Agu went viral on social media after wearing an outfit made of the Biafran Flag with many Nigerians stating on social media that ‘nothing must happen’ to the popular thespian