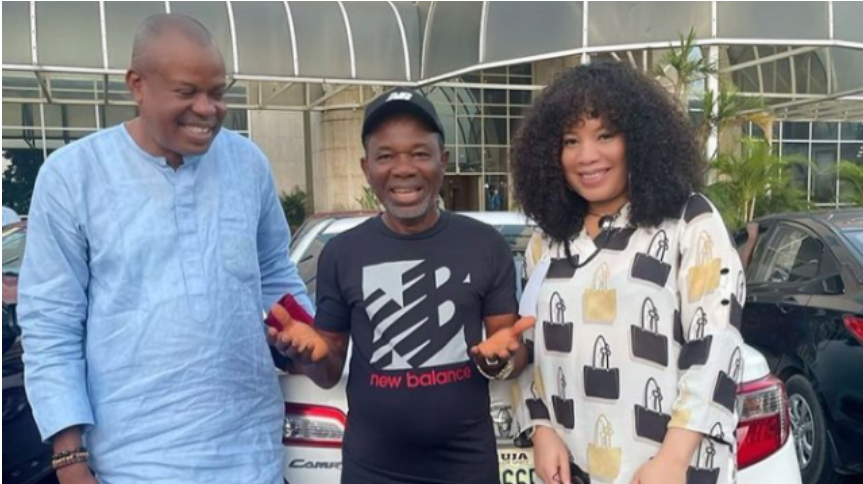 Nollywood actor, Chiwetalu Agu, and representatives of the Actors Guild of Nigeria paid a courtesy visit to human rights lawyer, Mike Ozekhome (SAN), after the actor’s release from the Department of State Services.

According to the lawyer, the secret police released Agu because they didn’t find anything incriminating on the actor’s phones.

Ozekhome made this revelation in a statement on Tuesday shortly after the secret police released the actor from its headquarters in Abuja.

The lawyer said his chambers took up Agu’s case after being briefed by the Actors Guild of Nigeria.

After his release, Chiwetalu Agu in the company of AGN representatives visited Ozekhome in his Abuja’s chambers.

See photos of the visit below: 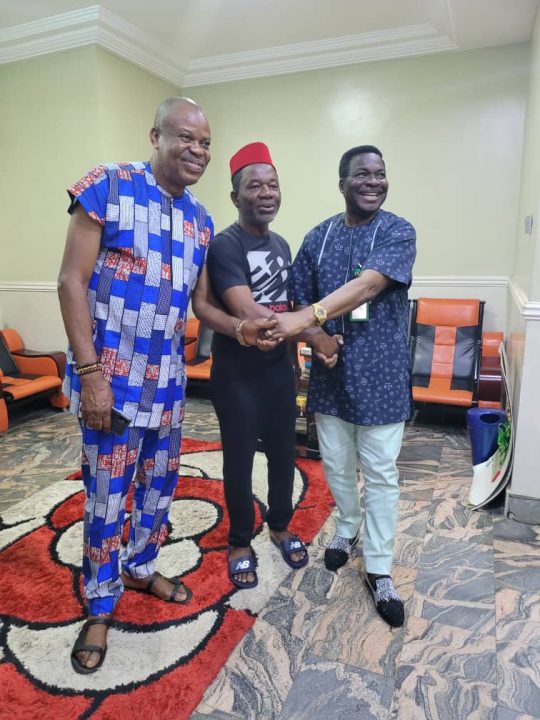 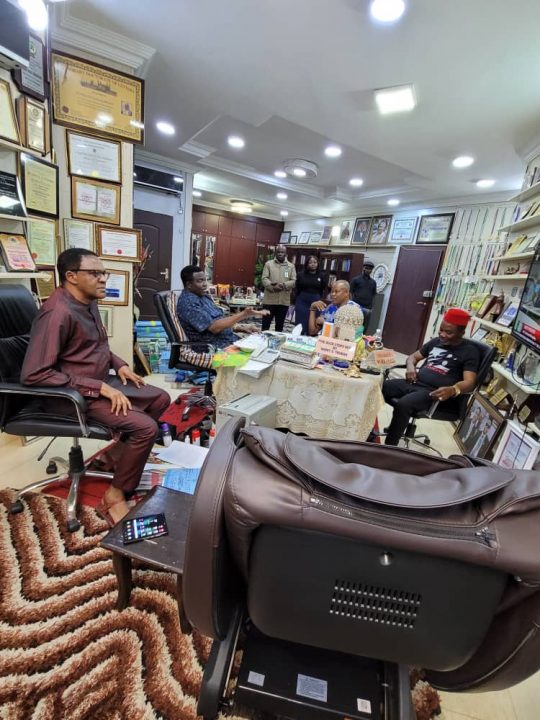 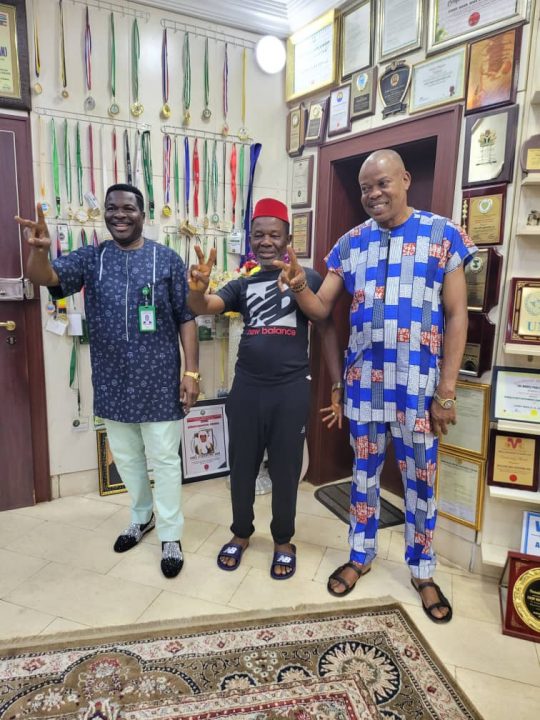 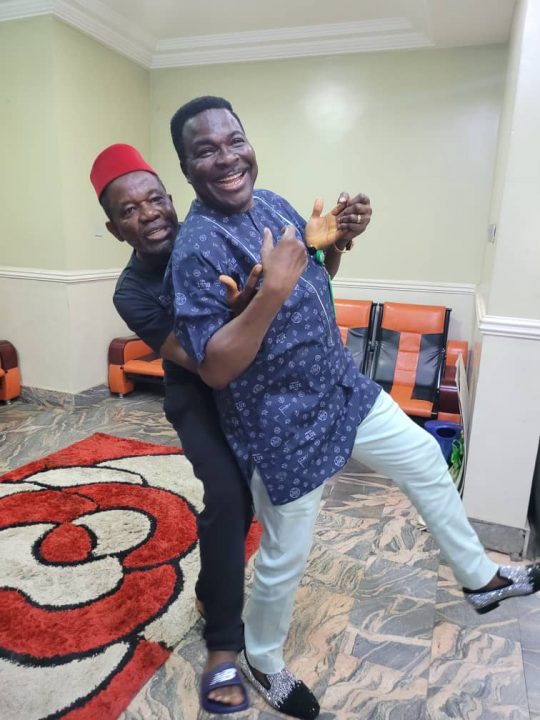 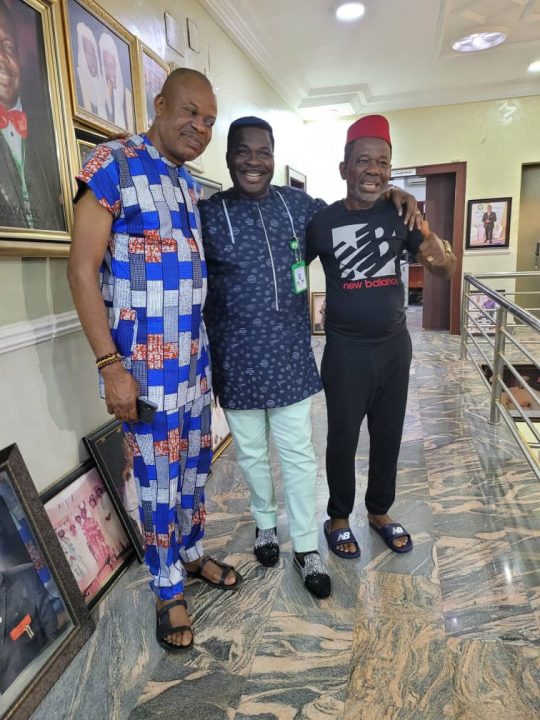 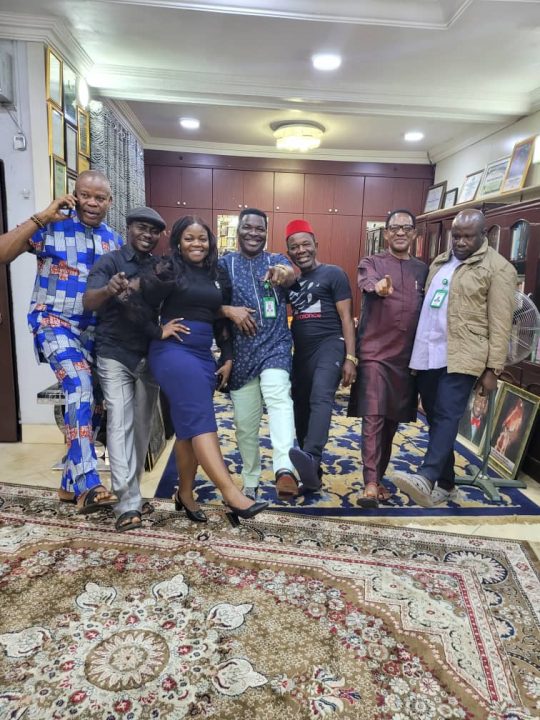 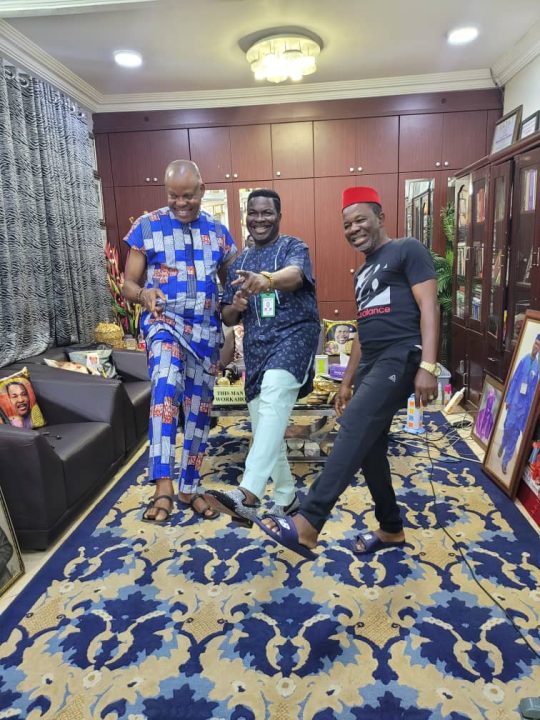