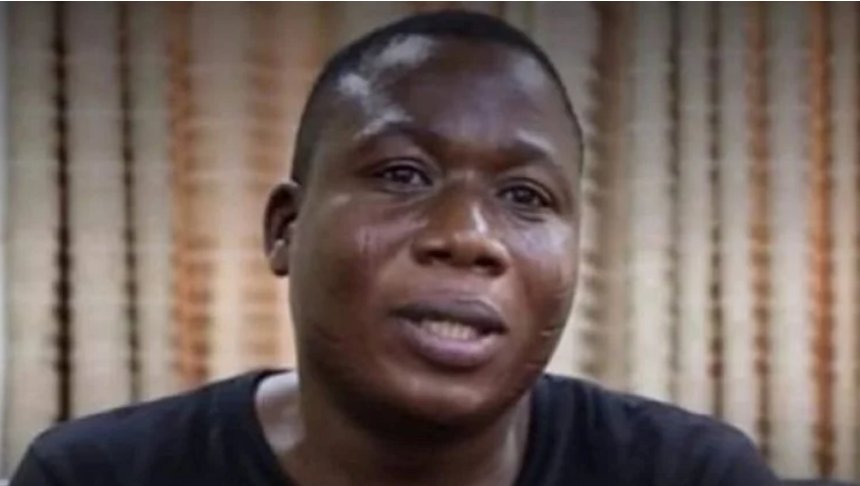 One of his lawyers, Yomi Aliyyu, made this known in an interview with BBC Yoruba, noting that the rights activist developed the illness in Benin Republic prison custody.

According to him, the agitator has also been critically ill and rushed to the hospital for treatment.

The PUNCH had reported that Igboho is currently in a detention facility in Benin Republic.

The Soka, Ibadan, Oyo State, Nigeria, home of the pro-Yoruba self-determination activist was invaded by men from DSS about 1:30am on July 1, 2021, leading to the arrest of 12 of his aides, while Igboho managed to escape arrest.

Igboho was later arrested in Cotonou, Benin Republic, on July 16, 2021, with his wife, while travelling to Germany and has since then been in detention.

The lawyer raised an alarm that Igboho needed urgent medical attention, saying, “Igboho was not diagnosed with this sickness before he was arrested in Cotonou. It was so critical that they had to rush him to the hospital.

“I can’t tell if he has been returned to the prison from the hospital but what I know is, he’s battling ill health and it seems his kidney and lungs are already being affected.

“Even though I cannot tell which part of his body the sickness has really affected, I know it has to do with his internal organs.”

“Yes, he is ill and his kidney appears affected. We are not very sure yet. Another test result is expected for confirmation. We are working on that and I can assure you that he is in safe hands,” one of the sources said.

When contacted, the spokesperson for Ilana Oodua, Maxwell Adeleye, said, “Expect our reaction soon. But the government should be warned that nothing must happen to Igboho.”

Following the raid, Igboho sued the Federal Government and demanded ₦500 million as special damages for the damage done to his house and his car and another N500 billion as exemplary and aggravated damages.

The court had awarded N20 billion against DSS for the “illegal” invasion of Igboo’s home in Ibadan on July 1.

Igboho also sought an order of the court directing the respondents to return all the items seized from the house.

He listed the items to include, N2 million cash, one thousand Euros, travel documents including international passports belonging to him and his family members, gold jewelry and wristwatches, two mobile phones, and other items yet unknown but which were allegedly carted away by the SSS.