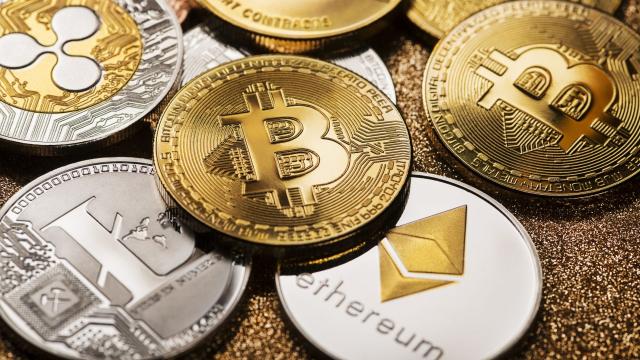 Cryptocurrencies have been touted as the future of finance. Now they are in crisis. Bitcoin is floundering after a sharp sell-off. And, of course, there’s the fallout from the catastrophic collapse of the cryptocurrency exchange FTX, which now is spreading.

NPR’s David Gura joins me. And, David, I want to start with FTX. Everybody’s talking about it. What does it actually tell us about the wider state of crypto?

DAVID GURA, BYLINE: Well, for one thing, it tells us how much has changed. I mean, just go back to the beginning of last year, when crypto was being marketed as the next big thing with these marquee endorsements and Super Bowl ads. Well, now FTX has imploded, and that’s raising questions about this whole industry because this company that had name recognition and a global footprint is now at the center of what’s allegedly one of the largest frauds in history. So FTX’s collapse is shaping the public’s sense of what crypto is, Mary Louise. And that’s not going to change as we learn more about the company’s downfall as its former CEO fights criminal charges and as FTX, under new leadership, goes through bankruptcy proceedings.

KELLY: Yeah, stay with where everything stands in court for a second. What’s the latest?

GURA: Yeah. So Sam Bankman-Fried recently pleaded not guilty to eight criminal charges. And if he’s convicted, a trial which is scheduled to start in October, Bankman-Fried could spend the rest of his life in prison. Federal prosecutors are building their case on hundreds of thousands of documents they say will shed light on how Bankman-Fried’s crypto empire operated.

Then in Delaware, in bankruptcy court, more than a million creditors, including many FTX customers, are trying to recover money that’s gone missing. Remember; what’s alleged is that Bankman-Fried misused customer money. And one thing he’s accused of is using it to cover losses when cryptocurrency prices cratered. So as prosecutors and investigators uncover more, we’re going to get new details on how interconnected the world of crypto is and also how much this sector has evaded scrutiny.

KELLY: I said when I introduced you that the fallout from the collapse of FTX is spreading. How so?

GURA: Yeah. There is going to be more scrutiny. We’re going to see more about that. Law enforcement will come down harder on cryptocurrency companies going forward. Keep in mind many first-time investors lost money buying Bitcoin and other digital currencies when they peaked. There’s fear other crypto companies may crash and burn.

Alkesh Shah is a strategist at Bank of America, and he says the industry just can’t continue as is. For one thing, there are too many tokens, too many different kinds of cryptocurrencies.

ALKESH SHAH: So if you take a step back, there’s about 22,000 tokens traded on about 170 exchanges globally. And most of those tokens have virtually no intrinsic value.

GURA: Shah expects maybe 50 of them will be viable after this reset. So just think about that, Mary Louise. He predicts we’ll go from 22,000 different kinds of cryptocurrency to just 50.

KELLY: Yeah, that’s quite the change in terms of the number of cryptocurrencies we may be looking about – looking at. What about their value? What is Wall Street expecting?

GURA: Well, the so-called crypto winter shows no signs of thawing. It’s a downturn that kicked off when the Federal Reserve started hiking interest rates to fight high inflation and investors lost their appetite for risk. Bitcoin fell by about 60% last year. Madeleine Hume is an analyst for Morningstar, and she says we may be in the bleakest days of that crypto winter. And pessimism is pervasive.

MADELINE HUME: It’s been cold for so long. There are no more holidays or ski vacations to look forward to, and there’s no end in sight.

GURA: Bitcoin is up slightly nine days into the new year, trading at around $17,000, Mary Louise. But that is still a far cry from its all-time high of about $69,000. And that’s not ancient history. Bitcoin set that record just over a year ago.