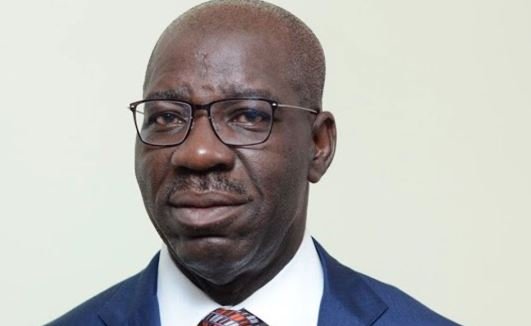 THE Federal High Court in Abuja has adjourned the alleged certificate forgery case of the All Progressives Congress (APC) against Edo State Governor Godwin Obaseki till today.

At the resumed hearing on Tuesday, the APC, through its counsel, Mr. Akin Olujimi (SAN), attempted to tender some documents in evidence through a subpoenaed witness.

But the Peoples Democratic Party (PDP) and Obaseki objected to the tendering of the documents on the grounds that the process did conform with the laws guiding admissibility of documents.

Obseki’s counsel, Mr. Ken Mozia (SAN), averred that there was no evidence of payment for the documents.

Justice Mohammed admitted the document on the grounds that it was relevant to the case.

In a short ruling, the judge allowed the witness to give his evidence, saying the lapses complained by Obaseki and PDP lawyers were on the part of the court and not the plaintiff.

Justice Mohammed adjourned the matter till today for the plaintiffs to close their case and for the defence to open theirs.

Also, a Federal High Court in Abuja has struck out a suit filed by the Peoples Democratic Party (PDP) against the All Progressives Congress (APC) and its candidate in the last governorship election in Edo State, Osagie Ize-Iyamu.

The PDP had, by the suit, challenged Ize-Iyamu’s qualification to participate in the election held on September 19, 2020.

The party claimed that the APC did not hold a valid primary from which its candidate was chosen.

In a judgment on Tuesday, Justice Ahmed Mohammed upheld the arguments by lawyers to the APC and its candidate, including Akinlolu Kehinde (SAN), to the effect that the suit was spent.

Justice Mohammed held that since the election had been held, with APC and its candidate losing, the suit was no longer of any value for the plaintiff.

The judge further held that since the APC and its candidate were also not challenging the outcome of the election, the case had become a mere academic exercise.

He held that there was no longer any legal benefit that could accrue to the plaintiff should the court uphold its case.

The judge then struck out the suit.

What Ahmed Lawan’s leadership at Senate has done to Nigeria –...