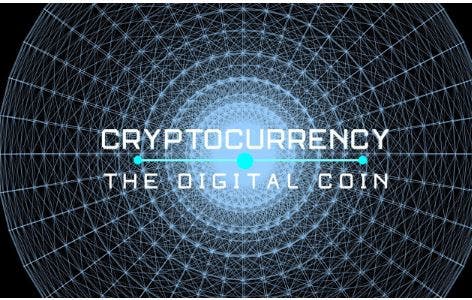 The furore over the ban on Cryptocurrency by the Central Bank of Nigeria, CBN, three weeks ago may appear to have settled, but Vanguard Public Finance findings indicate that the battle may have been over just temporarily and the war is actually still raging. Put differently, the battle ground may have just shifted. The market may have moved underground.

The implication is that the apex bank still needs to do a lot more in addressing the matters arising from the ban, or rather, the battle, whether lost or won.

Just last week, the International Monetary Fund, IMF, threw its weight behind the CBN in this war, lending credibility to the objectives for ordering the ban.

IMF Resident Representative for Nigeria, Mr Ari Aisen, while speaking at a special virtual press briefing on   the recently published   2020 Article IV IMF Staff Report for Nigeria, said that there is global concern for some of the uses of crypto currencies which include    illegal transactions such as money laundering and drug trafficking.

According to him, many central banks in the world have taken similar policy decisions.

At the backdrop of criticism that trailed the ban, CBN was forced to shed more light on the need for its directive to Deposit Money Banks (DMBs) and other financial institutions to desist from transacting in and with entities dealing in cryptocurrencies.

The apex bank noted that its decision which was similar to that of many other countries, was based on the significant risks that transacting in cryptocurrencies portend-risk of loss of investments, money laundering, terrorism financing, illicit fund flows, and criminal activities.

It further explained that crypto is far greater volatility than is found with normal currencies.

The apex bank also hinted on the fact that some of these cryptos are issued by unregulated and unlicensed entities which begs the question of legality.

The CBN stated that a significant amount of people used it for speculative purposes rather than payment, citing the flagship crypto model as an example, stating: ‘‘Repeated and recent evidence now suggests that some cryptocurrencies have become more widely used as speculative assets rather than as means of payment, thus explaining the significant volatility and variability in their prices.

“Because the total number of Bitcoins that would ever be issued is fixed (only 21 million will ever be created), new issuances are predetermined at a gradually decelerating pace.’’

The Apex Bank concluded by re-emphasising its responsibility to protect investors from a high probability of losses that may arise from dealing in cryptos. The CBN said it would continue to educate Nigerians on the disadvantages of cryptos in the financial system.

However, many Nigeria’s have reasons to disagree with CBN.

Notable amongst them is the former Vice President, Atiku Abubakar. While calling on the federal government to revisit the policy he said that the plan to prohibit cryptocurrency transactions by the CBN will restrict the inflow of capital into Nigeria.

Atiku said in a social media statement titled, “We Need To Open Up Our Economy, Not Close It”, that “The number one challenge facing Nigeria is youth unemployment. In fact, it is not a challenge, it is an emergency. It affects our economy and is exacerbating insecurity in the nation.”

He urged that Nigeria needs jobs as the economy recovers to pre-pandemic levels, citing the NBS 9Nigerian Bureau of Statistics) report that foreign capital inflow into Nigeria is at a four year low, having plummeted from $23.9 billion in 2019 to just $9.68 billion in 2020.

He added that introducing policies like the prohibition of crypto during this period will also restrict more capital inflows, and he calls for regulation of the industry, not prohibition, citing that “there is already immense economic pressure on our youths.”

“Already, the nation suffered severe economic losses from the border closure and the effects of the COVID19 pandemic.

“This is definitely the wrong time to introduce policies that will restrict the inflow of capital into Nigeria, and I urge that the policy to prohibit the dealing and transaction of cryptocurrencies be revisited.

“It is possible to regulate the sub-sector and prevent any abuse that may be damaging to national security. That may be a better option, than an outright shutdown,” he urged.

Meanwhile, Vanguard Public Finance Report indicates that all financial institutions in Nigeria may have fully complied with the CBN directives with many of them issuing public statements to that effect.

Also Crypto exchanges operating in Nigeria have reacted to CBN’s directive to financial institutions to discontinue dealings with crypto-related transactions.

The leader of the world’s biggest crypto exchange, Changpeng Zhao, recently disclosed that Binance was complying with Nigeria’s Apex bank directive and has disabled deposits to prevent more Naira from coming in.

A twit @cz_Binance stated: ‘‘Received notice from our channel partners that NGN deposits and withdrawals will be affected. Still confirming details on when/how. Please withdraw your NGN as early as possible to avoid potential channel issues. Will share more details as they become available.

Zhao anticipates that the Nigerian banks will stop working with Crypto exchanges in line with the CBN directive, meaning  P2P trading will likely flourish as a result.

He further advised Nigerian customers to withdraw their local denominated deposits as early as possible to avoid potential channel issues.

Many Crypto pundits are of the opinion that although the Central Bank’s recent directive does not criminalize ownership of crypto, the circular will however make it difficult for them to process debit, credit card, and bank transfer transactions.

Also, Nigeria’s fast-growing crypto exchange, Quidax  issued a press release on the CBN’s new instructions regarding crypto payments, saying: ‘‘We have seen CBN’s new policy but don’t worry your funds are safe and trading continues as usual. However, all Naira deposits have been temporarily paused as CBN’s policy affects our payment partners. Thank you for your support.”

In addition, a Nigerian-based crypto exchange, Buycoins Africa, has assured its clients via its Twitter handle, disclosing their funds were in good hands thus further assuring the public that the fintech company would ensure its services were compliant.

“Thanks to everyone who has reached out. We are fully aware of the newest CBN circular and are going to be working with regulators to ensure our services are compliant. All trading on our platforms continues as usual, and all user funds are safe,” BuyCoins tweeted.

Also, Bundle, a social payments app that offers crypto support, disclosed that it was fully aware of the newly issued CBN directive and stated that customers’ funds remained safe as usual.

It stated: “We’re aware of the notice on cryptocurrency-related Naira payments shared by the CBN. Trading has not stopped and your assets remain as safe as ever. We are monitoring the situation closely and we’ll share updates as we have them. Thank you for your support!.”

Has the battleground shifted?

Against the backdrop of the trans-jurisdictional and the seamless digital nature of the crypto world, many observers believe the industry cannot be caged, rather they can operate underground in any hostile jurisdiction.

Even the reactions by the participants using the several social media platforms have indicated that this version of the market has already taken off.

For instance, these two participants have hinted in their twitter handles as follows:

@TosinOlugbenga: Do not deposit naira again on Binance. Immediately swap your naira for USDT if you have naira balance. Do not sell your crypto assets in panic. It’s a global trading system that CANNOT be affected by Nigeria CBN policies. Decentralized Finance is the future. You can’t stop it!

@ThePaulOla: Lol… Nigeria is the second biggest country with Cryptocurrency… And PS, I found a way around this whole stuff.