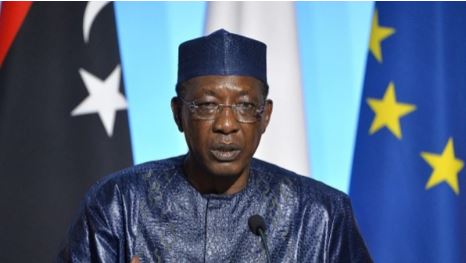 Idriss Deby, the president of Chad, is dead. An Army spokesman whose name was not mentioned said on Tuesday, April 20, that the president died of injuries suffered on the frontline, Al Jazeera reported.

The news media noted that Derby’s death came a day after he won a sixth term as the country’s election results were just released on Monday, April 19.

Legit.ng gathers that the 68-year-old president came to power in a rebellion in 1990.

Meanwhile, AFP stated in its own report of the tragic incident that Derby who has been in power for three decades died of injuries while fighting rebels in the north of the Sahel country. 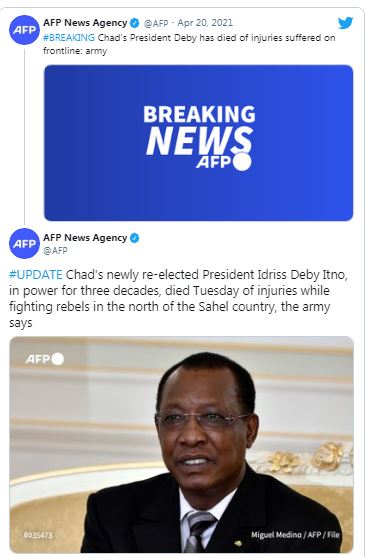 Legit.ng notes that President Deby’s death comes barely a month after John Magufuli, the president of Tanzania, died at the age of 61.

The late president had attracted widespread criticism for his denial of the coronavirus pandemic.

Legit.ng also previously reported the death of Jacques Joachim Yhombi Opango, a former president of the Republic of Congo.

He had been ill before he contracted the deadly virus which has spread across the world like raging wildfire. Opango was an army officer who became the Republic of Congo’s first general and served as its head of state from 1977 to 1979.