Home Cryptocurrency Bitcoin falls back below $40,000 as it wraps up wild week of... 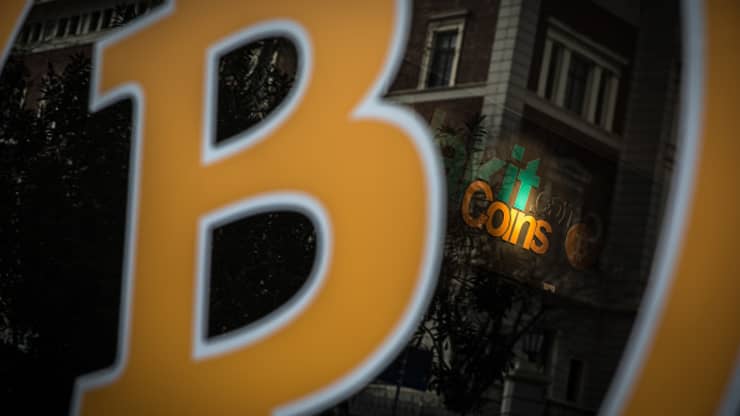 Bitcoin’s price fell back below the $40,000 level on Friday after Chinese authorities intensified calls to crackdown on mining and trading the cryptocurrency.

The digital coin was last down about 11% at a price of $35,691.01 by 3:35 p.m. ET, according to Coin Metrics data, on pace for its worst week since March 13. It bounced above the $42,000 mark on Thursday as digital currencies attempted to rebound from a big sell-off earlier in the week.

Bitcoin’s gains were capped Friday after the U.S. Treasury Department said a day earlier that it would require any cryptocurrency transfer worth $10,000 or more to be reported to the IRS.

It’s the latest sign of an impending regulatory crackdown on cryptocurrencies. Earlier this week, China issued a warning reiterating its stance that financial institutions and payment firms are forbidden from providing crypto-related services.

Bitcoin and other cryptocurrencies slid as much as 30% on Wednesday, as investors reacted to the statement from China as well as mixed signals from Musk.

The Tesla CEO came out as a supporter of bitcoin earlier this year, with his company buying $1.5 billion worth of the cryptocurrency and briefly accepting it as a means of payment. However, he halted the purchase of Tesla vehicles with bitcoin last week, citing concerns over bitcoin’s huge energy consumption.

Critics have long warned about bitcoin’s environmental impact. The cryptocurrency uses as much electricity as entire countries like the United Arab Emirates and Pakistan, according to Cambridge University researchers.