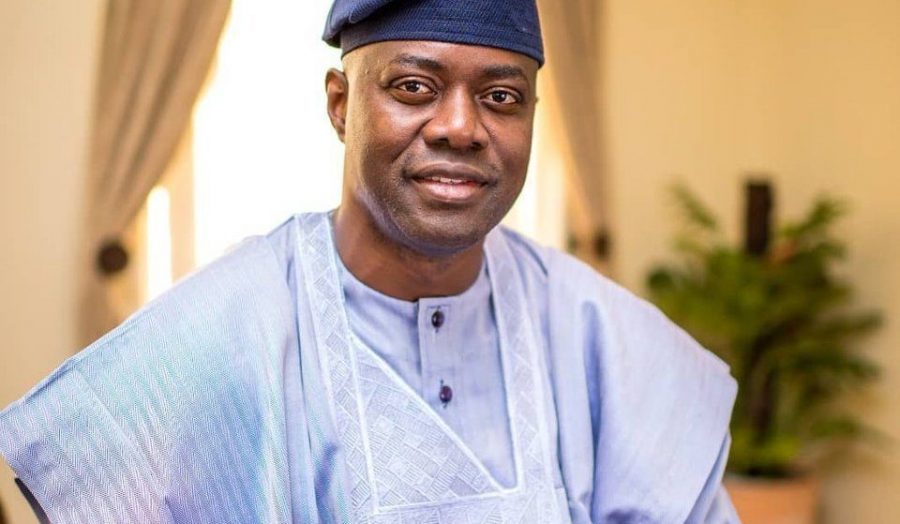 Makinde, who was lamented the level of destruction in the community, called on the Federal Government to permit governors in the South-West to equip Amotekun Corps with sophisticated weapons, such as AK-47, to tackle rising insecurity, especially banditry and kidnapping in the geo-political zone.

Makinde made the disclosure in the keynote address that he presented at the opening of the two-day 2021 Governor Seyi Makinde National Democracy Summit, with the theme: ‘The Future of Democracy in Nigeria,’ held at the International Conference Centre, University of Ibadan.

The governor, who said he took responsibility for the incident, however, expressed frustration with the challenges being faced by governors who are called chief security officers of their states but lack the required power.

He said: “With what happened at Igangan, the people can hold me responsible for letting them down and when I go there, I will take responsibility because those killings were really needless. Even though I continue to take responsibility for the security situation in Oyo State, we all know that, in reality, the Commissioner of Police has to wait for orders from ‘above’ before taking specific actions to benefit the local population.

“So, looking at the federal security agencies here in Oyo State, they have to get clearance from the Federal government. We will continue to do our best. Here in the South West, we were able to kickstart Amotekun. But even with Amotekun, people ask how the killings happened. Were they not there? But we have several limitations to what Amotekun can do and even the firearms they can carry.

“You have dane guns and you are faced with people carrying AK-47. If it is in terms of investment, if we are given the authority, I will also buy AK-47s for Amotekun, if given the licence.”

“State policing is a sure cure to our national development challenges. Anyone who has been involved in security at any level will tell you that policing is local. One of the reasons why the Western Nigeria Security Network, code-named Amotekun, is recording success is because members of the corps are drawn from the locality. They know the terrain and so can gather needed intelligence. Also, they can be held accountable by the local people because they know them.

“So, when state governors become the actual chief security officers in charge of the security personnel in their states, they can quickly respond to security challenges.”

Makinde noted further that “we are the Federal Republic of Nigeria, but our federalism exists in name only. Students of political history will tell you that what we have been practising is, in fact, a unitary system of government – where more powers are concentrated in the central government. Another thing that our political theorists will tell you is that by nature, a unitary system of government is better suited for small countries.

“Nigeria is not a small country. So, you can easily identify why we are experiencing developmental challenges across the board. We are trying to fit a square peg into a round hole. For true federalism to thrive, the federating units should have more powers and autonomy. The government at the centre serves as a coordinator of assets but does not wield as much power.”