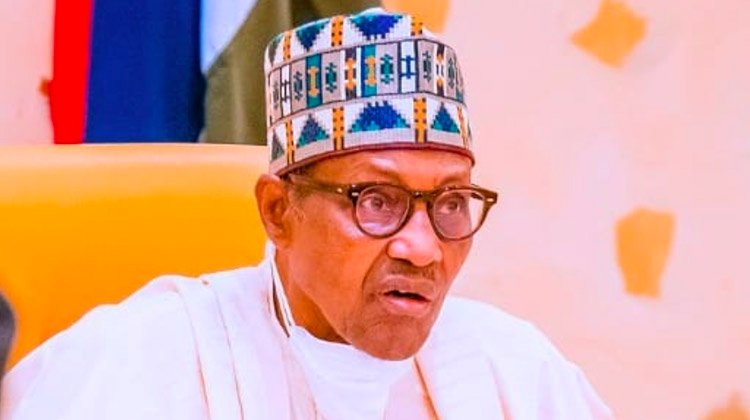 UNFAZED by public dismay and the admonition of experts, the President, Major General Muhammadu Buhari (retd.), with the enthusiastic support of the National Assembly, is plunging Nigeria deeper into debt at a reckless rate. His latest lunge for external borrowing hit a benumbed public, via a request to the pliant parliament for approval to borrow another $4.05 billion and €710 million in external loans. Ostensibly, the loans are for infrastructure, health, education, agriculture, human capital development and COVID-19 response projects. Amid reports of debt servicing gulping almost all revenues, lack of accountability, revenue leakages, and limited impact of past borrowings, the headlong debt acquisition should be halted.

Experts say a large debt encourages inflation, and if inflation is high, the debt will be serviced, and ultimately, paid off with cheaper naira. Equally exasperating is the vigorous support of the parliament for his debt addiction. Lawmakers treacherously fail to subject loan approval requests to rigorous scrutiny or caution. They do not exercise effective oversight over revenue-generating agencies despite reported massive leakages and unremitted income.

Between them, they are saddling current and future generations with unsustainable debts. Buhari cites his current request to borrow $4.05 billion and €710 from multilateral and private lenders as an addendum to the approved 2018-2021 borrowing plan. He said the funds would finance “key projects in each of the six geo-political zones,” including his pet project, the Kano-Niger Republic railway that is expected to gulp $1.96 billion, Lagos-Ibadan rail line modernisation, Kaduna Bus Rapid Transport, and hybrid solar power infrastructure for the NASS complex.

Within days, rather than prepare to scrutinise the request, the Senate, through the chair of its committee on media and public affairs, Ajibola Basiru, was defending the loans and dismissing public apprehension. He argued that the loans were not new and were justified since they would fund “critical infrastructure and prepare our country for the future.” This assertion and Buhari’s premise of job creation are hotly disputed. Indeed, many cannot see any significant benefit from the debts taken so far. Simultaneously, the government is raising another $4 billion via the Eurobond issue.

Meanwhile, the debts are piling up with alarming rapidity while public revenues are becoming increasingly precarious. The Director-General of the Debt Management Office, Patience Oniha, said total public debts rose from N32.91 trillion in December 2020 to N35.46 trillion by June, this year. Buhari inherited a $10.31 billion external debt in 2015 and by March 31, this year, had raised it to $32.85 billion. In naira, the external debt was 38.60 percent by June.

As this newspaper and leading economists have repeatedly argued, debts can be useful when taken with caution and applied judiciously to fund critical infrastructure; applied to projects that can generate revenue to repay or used in the short term to stimulate a flagging economy and revive productive, job-creating and export-boosting activities. Borrowing to fund consumption and bureaucracy, however, is particularly unwise.

Like the World Bank/IMF, the chairman of Buhari’s Presidential Economic Advisory Council, Doyin Salami, has again deplored the current debt profile as unsustainable. The government’s previous comforting debt-to-GDP ratio has spiked to 35 percent; the real marker of imminent disaster lies in the debt service-to-revenue ratio that averaged 97.7 percent from January to May this year. Borrowing to pay salaries, run an oversized, unproductive bureaucracy and maintain parasitic public officials in luxury is courting bankruptcy. Debt servicing has risen beyond the targets, hitting N3.01 trillion January-May, which is 53.8 per cent of the total projected for fiscal 2021.

Buhari must change course before he drives Nigeria over the precipice. The NASS should be responsible. First, deficits must be slashed. Recklessly, between 2018 and June 2021, the government earned N12.79 trillion but spent N28.14 trillion, leaving a deficit of N15.35 trillion; expenditure is too high and should be drastically reduced by shutting down redundant agencies, and stop creating new cost centres such as agencies, universities, and polytechnics.

Government should also maximise its revenue potential and block leakages: 60 agencies failed to remit revenues in defiance of the law. Banks withhold stamp duties worth billions and leakages cost losses of about N14 trillion annually, according to a former Budget Office director-general, Bode Agusto.

You cannot provide infrastructure with debt alone The UNDP prescribes a mix of domestic and foreign direct investment, public-private sector partnerships, private enterprise, and credit to close the infrastructure gap assessed at $3 trillion by the African Development Bank.

Buhari’s fixation on borrowing for all railways projects is self-defeating. Rather, the NASS should repeal the 1955 Railway Act to overthrow the federal monopoly and liberalise the sector to facilitate local and foreign investment. This also applies to the ports, airports, steel assets and the oil and gas downstream. The EAC recommends that federal and state governments should radically improve the ease of doing business through new and improved legislation to attract investments and FDI that fell to $875 million in Q2 2021, the lowest since 2016.

Corruption, which PwC says bleeds over 30 per cent from GDP, should be tamed. Losses from the chaotic Apapa Ports and its access roads should be eliminated as a priority. Loans should be directed at viable long-term projects that will stimulate production, jobs, and yield revenues, and at short-term quick wins instead of the prevailing political sharing culture that directs spending at unviable projects based on sectional, religious and private interests.

The NASS should be alive to its responsibilities by minutely scrutinising all loan approval requests, assessing their value to national interest and repayment capability, and demanding strict accountability on all past, current, and future borrowing. Buhari and lawmakers should bequeath a viable job-creating economy to the youth and coming generations, not a mountain of poverty-inducing debt.