Home Business/Economy Bitcoin, Ethereum Rally Over 20% on The Week as Crypto Market Reclaims... 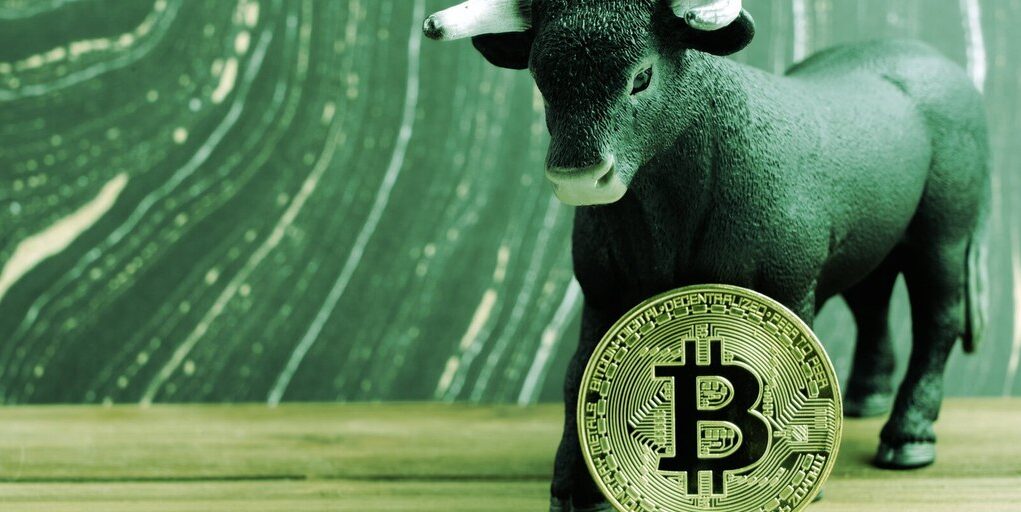 With Bitcoin and Ethereumboth soaring over 20% this past week, the cumulative value of all digital assets has once again reclaimed the key level of $1 trillion.

This is the first time the wider crypto market has been valued this high since the beginning of November when the sudden collapse of FTX sent prices spiraling.

Peaking at $1.15 trillion on Sunday night, the total market capitalization is currently valued at $1.01, according to data from CoinGecko.

The key driver behind the latest upward trend is primarily the price of Bitcoin (BTC) which hit a two-month high of $21,446 late on Sunday night before retracting to $20,873 by press time.

The largest cryptocurrency by market capitalization has posted a modest 0.5% increase in the past 24 hours, and a hefty 22.3% surge over the week.

Ethereum, the second-largest cryptocurrency by market cap, has followed a similar pattern, posting a 20.7% increase over the week. It is currently changing hands at $1,548, per CoinGecko.

With a market cap of over $400 billion, Bitcoin currently dominates an almost 40% share of the entire market, followed by Ethereum (ETH) with 18.3%.

The price of BTC began to climb last week in anticipation of the release of the Federal Reserve’s December Consumer Price Index report, which largely met market expectations and showed that inflation in the U.S. economy shows signs of cooling.

The latest price action also comes at a time when Bitcoin mining difficulty—a measure of how difficult it is to solve the cryptographic puzzle to create a block on the network—rose more than 10% to a new all-time high of 37.59 T from 34.09 T on Sunday, according to data from CoinWarz.

To find the winning hash—a function that meets the encrypted demands needed to solve for a blockchain computation—miners race against each other, with the winner validating the most recent block and getting rewarded. Today’s difficulty levels also mean that the odds of finding the winning value for a single hash is one in 37.59 trillion—hardly a great deal if you are mining solo instead of joining a mining pool, which significantly increases the chances of validating a block.

The difficulty is adjusted every two weeks, and the next adjustment is estimated for January 28.

A difficulty increase is largely an indicator of a strong and growing network, suggesting the return of the overall confidence in the market; however, it still comes at a price for miners who need to spend more resources to generate the same amount of coins as before.